Olive Hill, Ky. — The Post-Season awards are starting to roll in for the Lawrence Co. Bulldog football team with the EKC all conference being announced recently. 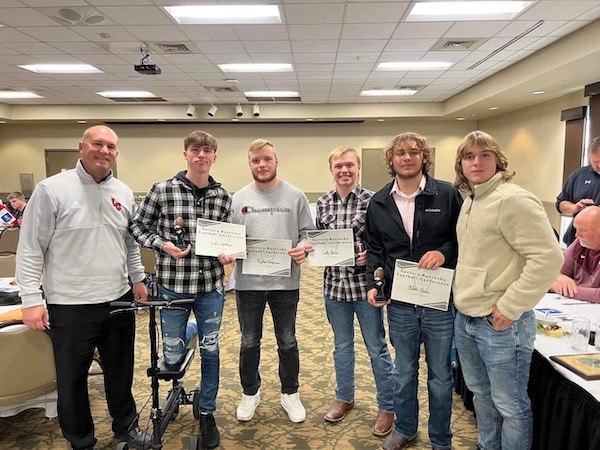 The Dawgs went 9-3 overall this season and finished in third place behind Raceland and Greenup Co. in the East Kentucky Conference which features 13 teams all together.

The Bulldogs had a total of 16 players named including seniors Dylan Ferguson, Kaden Gillispie and Caden Ball along with juniors Cody Crum and Blake Prater were named to the First team.

Seniors Ryan Marcum and Dylan Whitt, juniors Abner Collinsworth, Will McDavid and Talan Pollock were named to the second team.

“ …Our team is very humbled by the post season honors they continue to receive. Multiple players were selected first and second team as well as honorable mention from the Eastern Kentucky Conference. When the team performs well throughout the year league coaches take notice. It is nice to see these guys get the recognition that was earned.”

“ … What an honor to be able to coach and be around these kids every day. I have said it numerous times, but they are even better people than they are football players. What a great year for our team.”

The Other Thanksgiving Story...