9. Approved Sheriff’s 2023 Maximum Salaries for Deputies and Assistants – LC Sheriff Chuck Jackson said, “This is for the maximum payable to the deputies and staff which are the same as last year.” Motion by David Pinson 2nd by Rick Blackburn. None opposed.

10. Approved Sheriff’s 2023 Budget – LC Sheriff Chuck Jackson said, “The budget is the same, nothing has changed.” None opposed.

11. Approved Sheriff’s 2023 State Advancement – LC Sheriff Chuck Jackson said, “As of January 1, we have to have a zero balance so these are the funds we borrow for salaries throughout the year in increments, until taxes are received.” Motion by Michael (Mouse) Halcomb, 2nd by John Scaggs. None opposed.

13. Approved Blaine Fire Dept. Resolution – Motion by Rick Blackburn 2nd by David Pinson. Copy of Resolution provided. None opposed. The county is formally accepting responsibility for the completion of a new Blaine Fire dept. and accepted a $750,000 state grant to get started with. 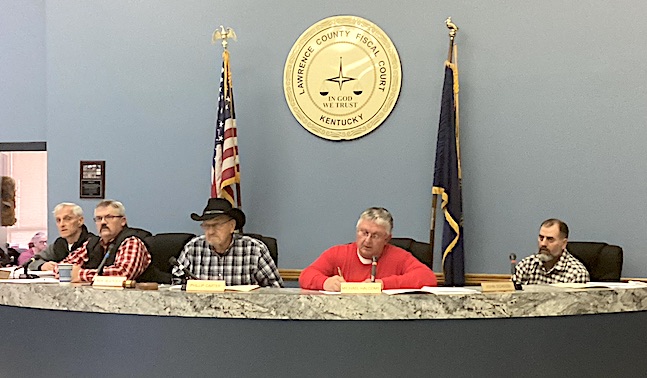 LC Sheriff Chuck Jackson said, … “Last year we shopped for 60 kids at Christmas and this year we are projecting to shop for 65 kids.”

New LCEM Director Travis Hughes … “I would like to thank everyone for this position and I look forward to serving the community. I have been with the Louisa Police Department for 10 years and this experience will help.

LC Clerk Chris Jobe said, “We have the election behind us. This year we had new voting machines and we had no problems. The election was a busy time for my staff so I would like to Thank Everyone on my Staff for doing a great job on Election 2022.

Also I wanted to mention, the LC Tourism Committee sponsored the Car Rally and it was a great success. The residents that showed up impressed the drivers and families and the drivers are ready to come back to Lawrence County. The drivers and families are great on our economy in Lawrence County, they spend an estimated $256/ day. Also I want to Thank Local Police, Fire, Search and Rescue and EM and Ham Radio Operator’s for helping with the event.”

LC Attorney Elect Johnny W. Osborne said, “Thank you to everyone for your vote and support. I’d like to introduce my Assistant County Attorney Josh Puckett who is currently manning the office until January 1, 2023. Josh is a previous employee of the LC Attorney’s Office. With Josh currently working at the office it will be a smooth transition once I officially take office in January.”

The next regular scheduled Fiscal Court Meeting will be on Tuesday December 20, 2022 at the LC Courthouse Downtown Louisa, Kentucky at 10AM. 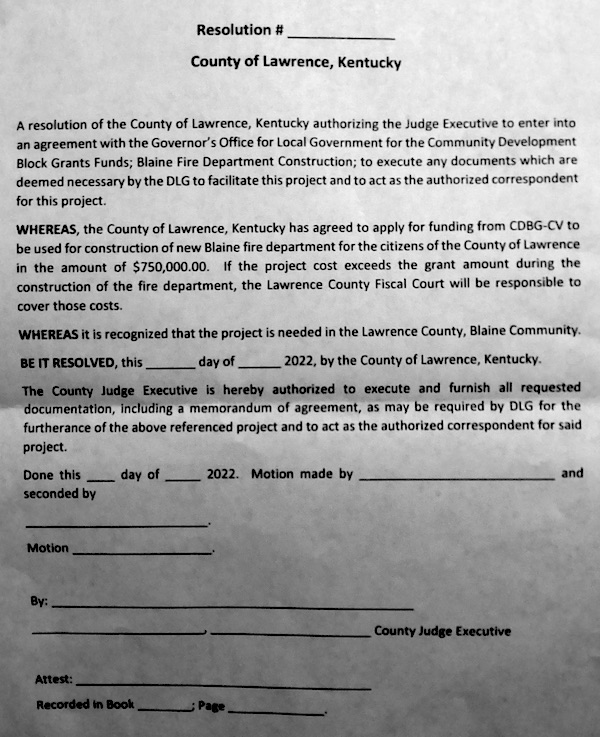 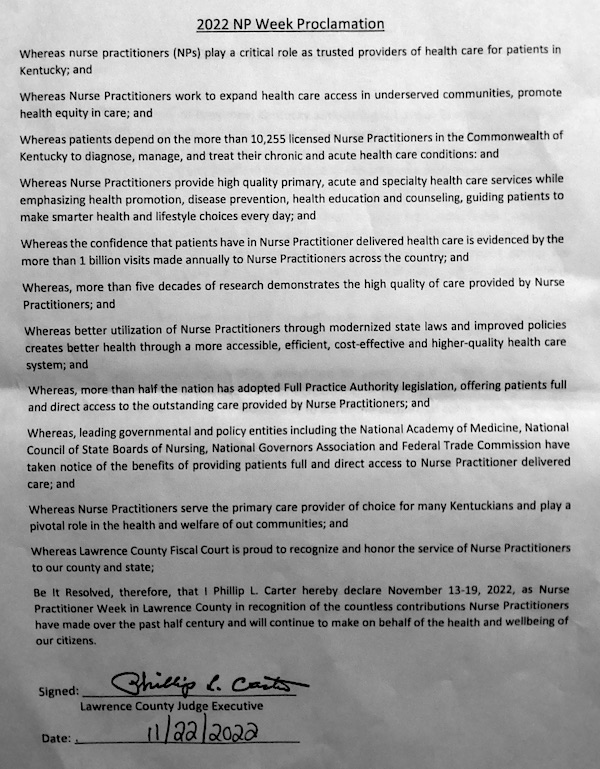