TEACHERS FOR IT, OSBORN SAYS: The double nickel tax is estimated at $100 per every $100,000 of owned property

LOUISA, Ky. — Lawrence County property owners will feel the pinch of inflation and long ignored facilities when a new nickel/dime tax takes effect January 1, according to public release from the Lawrence County Board of Education.

Supt. Dr. Rob Fletcher announced a public forum as a legal ad, a forum which was attended by not a soul outside school personnel. The next meeting of the committee resulted in a plan for school construction and renovation which, Fletcher and the board says is necessary to move the system ahead at a cost of more than $27 million.

The cost would be absorbed by raising the property taxes of all Lawrence County residents and businesses.

Voters in Lawrence County soundly rejected a similar but much smaller proposal by a more than 2-1 vote four years ago but Fletcher said then that it would be back on the ballot “as soon as possible”.

Fletcher says the funding is critical to the school system’s competitiveness in today’s environment where students frequently move or attend private schools.

According to the Lawrence County BOE public relations officer Sarah Gauze’s report, Dr. Fletcher said a double nickel tax would allow Lawrence County Schools to receive extra state funding to build the new { Louisa Elementary} school.
But what about the 4% tax limit without a vote passed in the 1970’s?
Here’s what the law says:

There can be no tax raise above 4% without allowing the community the opportunity to recall.  Any additional nickel is subject to recall if the there is a petition with enough signatures.  If they have enough signatures, then it would go to a vote.  If they do not have enough signatures, then the additional amount would go on the next tax bill.  Currently, we have the lowest tax rate in the 15th region and one of the lower tax rates in the state.  In short, there would have to be a petition before it could go to the community for a vote.

According to multiple state legislators, if Lawrence County Schools do not receive the extra double nickel tax funds, the state will not provide the matching funds for the building of the new school.  LC Schools can only receive the matching state funding, in conjunction with a single or double-nickel tax going forward.  Also, with the rise of construction costs, building materials costs, and labor the LC Schools cannot build a new school without the help of extra state funding, the report said.

100th District State Representative Scott Sharp, who was unopposed on the Nov. ballot representing all of Lawrence County and Catlettsburg and part of Ashland,  said in a recent interview with the Lazer that he is working hard to get the wheels rolling on the new school.

“That has been one of my top priorities for Lawrence County,” Sharpe said. “There is a definite need there and we are looking at every possibility to get it moving on the state end.”
Sharpe did not say if new legislation is coming out to relieve the problem which is prevalent throughout the state. At last count Lawrence County’s new school is in the 75th priority out of the top 100 range last year.
The double nickel tax is estimated at $100 per every $100,000 of owned property.
The Lawrence County Board of Education will vote to make a determination toward the tax at a later date, the report said.
(For clarification, an addition of one nickel in the property tax will not cover the estimates of a new building along with the purchase and preparation of the property for a new school.  Construction costs have increased tremendously since the COVID shutdown occurred.)

“I am hoping that there is no petition this time, but we will cross that bridge when we get there,” Fletcher told TheLevisaLazer.com.

The Lazer has discovered the number of signatures necessary to demand a county-wide vote on the issue which is 705, probably 750 to be safe. The number comes from the state law which requires 10% of the total vote in the last Presidential race. County Clerk Chris Jobe’s office confirmed stats on the state Board of Elections’ website which said the total vote in the Biden-Trump election was 7,050.

LCHS TEACHER ORGANIZATION PRESIDENT SCOTT OSBORN issued a statement for the thelevisalazer.com concerning how local teachers feel about a tax raise, since many of them will pay the extra tax themselves.

“…As for the property tax increase, I personally oppose it; however, with Louisa West in a near-condemned state and most school facilities in desperate need of at least renovation (Blaine and Fallsburg, especially), we need revenue to support building and renovation efforts.  The state of Kentucky will only match the funds we raise with a nickel (or higher) tax increase. Without a nickel tax, the state refuses to give us the necessary funds.

I have confronted lawmakers in both parties about this.  The answer is either blaming the other party’s fiscal policies (Democrats), or, “you folks keep asking for handouts, but you need to do your fair share to pay for your own facilities”  (GOP). The latter argument is hard to beat.

Martin County funded a shiny new high school in part by raising the school property taxes over there. We are in much the same boat.

Either the majority of citizens in Lawrence County need to contact our legislators and try to convince them to assist us without increasing the local tax burden, or we need to increase local tax revenue.

Representative Sharp is the only legislator I have spoken to who voiced support for state funding of our building projects without increasing local taxes; unfortunately, I believe that support has fallen on deaf ears.  He is simply outnumbered by naysayers.

Thank you for the opportunity to voice my opinions on this. Most of the teachers I have discussed this with feel similarly.  They are opposed to local tax increases, but they don’t see any other way for us to address our aging and ailing school facilities.”

There has been murmurs about forming a petition, which can be done by any registered voter or any organization formed for the purpose and registered at Clerk Chris Jobe’s office. 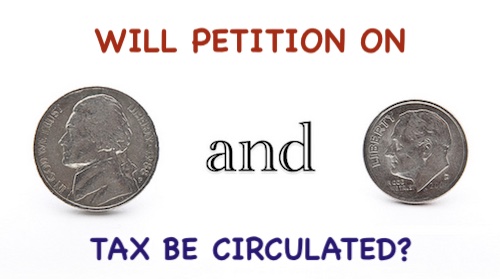