Lessons learned from a season’s last roses as winter looms…

Lessons learned from a season’s last roses as winter looms 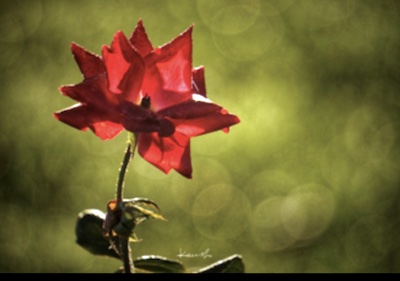 Like aging aristocrats down on their luck, the last roses huddle in the autumn twilight. Heads bowed, petals wilting, they are shabby but stoic as they brace themselves for winter.I want to cut the last of them. Bring them inside. But I know my husband, the rose tender, would say it is best to leave the last buds on the vine. “It will make them stronger next spring,” he would advise.

Instead of questioning him further, I wait until he leaves the house for a few hours and then consult his gardening books. Flipping through page after glossy page, I seek the rules for late roses. Finally, the mandate is clear: “You should refrain from cutting three to five weeks before the first hard frost in your area,” Taylor’s Guide recommends.

The text says it does not matter if they are past their prime. Snipping them off is not recommended. It also declares that even in the Deep South, where roses may not go dormant, the spent blooms should be left.

“This gives the plants a rest,” the paragraph ends.

Even I — who have never cultivated my own garden — grasp the inherent logic. In the end, after all, hasn’t each of us earned some peace?

But I miss the roses already. Long for the delicious fragrance, they bring to the house all summer and into early fall. With a vase full of roses next to me as I write, I feel rich, pampered.

“Surely,” I’ve said to my husband more than once, “there is nothing more luxurious than roses from your own garden. They put the florist to shame.”

After I finish my research, I slip outside to the roses. Maybe I could clip just one to bring in. We would not miss it next spring, not with all these bushes laden with late blooms.

I stoop to look at the flowers. I am touched by their grace, and their easy acceptance of the change in season. The little spikes that marked their plots in spring are still in place, though some are driven so far into the ground, they could be the tops of tiny gravestones. I brush the dirt away to read the names.

They are an exotic lot: Fantin Latour, Pascali, Madame Louis Leveque. It could be a gathering of expatriates at a seedy embassy. There are some flamboyant orange buds, tight as fists. The pinks, though still lovely, are faded as yesterday’s bridesmaids. The whites are silky and splendid, like the ivory keys on an old grand piano. Spent petals are everywhere, the last scraps of summer’s confetti.

I realize I will not cut any more flowers this season and console myself with the fact that by now most of the blooms are shaggy and splayed, no longer a match for the shimmering symmetry of my cut crystal vase. My husband is right. How absolutely like him to understand the natural order of things, he who tends his children and his garden with the same loving touch.

The last time I saw my mother alive, she was in a wheelchair. I was giving her a tour of the grounds of the nursing home where strangers tended to her 24 hours a day. She did not know where she was, or who I was, yet it seemed important that I show her the last flowers in the measly garden there.

The last time I saw my husband alive was just the other day. I pointed his gaze through the windows of his room at hospice to the courtyard. The hydrangeas had already turned to rust, but there were still a few roses.

I reminded him of the roses he used to grow and sang a few bars of that old song my father used to sing to rile up my mother, “The Last Rose of Summer.”

Roy was beyond responding but he relaxed, closed his eyes, and drifted off.

When my mother died, we bid her farewell with dozens of blood-red roses, her favorite. The flowers were beautiful but odd. My husband explained to me that they were a special breed, without thorns or scent, as if the dead might be offended by signs of life.

For some, fall is the season of homecoming, with tailgate parties, football games, and chrysanthemum corsages. Imagine a queen and her court marching primly onto the football field at halftime. Their high heels sink into the 50-yard line as they pose for the crowning. In the stands, old friends hug, barely touching.

For me, homecoming means bidding farewell to the last roses, paying tribute to the joy and peace they have selflessly shared. I gaze at the garden through the window in the room where my husband took his last breaths and am reminded — despite unseasonably warm autumn temperatures — of the inevitability of the first frost.

Winter will be here before I know it, but the roses are certain to come back again next spring.

Constance Alexander is a columnist, poet, playwright, and president of IntexCommunications in Murray, Kentucky. She is a member of the advisory board of the Institute for Rural Journalism and Community Issues, which publishes The Rural Blog.
Written by Al Cross Posted at 11/11/2022 01:31:00 AM
ShareTweetPinShareScan
Next Post