Louisa, Ky. — The LC Bulldogs look to exact some revenge on the Greenup County Musketeers when the two teams meet tonight in the second round of the playoffs at Luke Varney Jr. Memorial Stadium.

Should be a dandy tonight in Louisa. 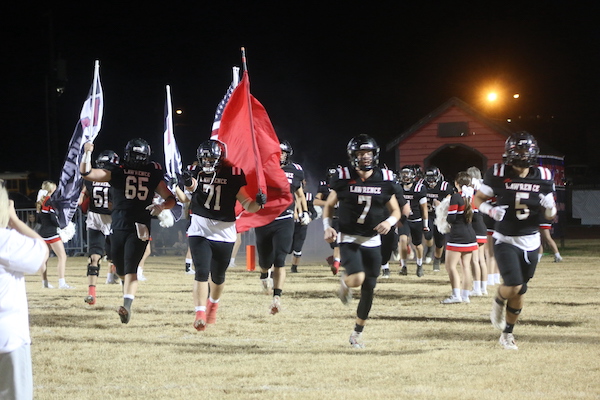 The two teams met on September 2nd with Greenup Co. ( 7-4 ) coming away with a 17-14 victory after Lawrence Co. ( 9-2 ) turned the ball over inside the five yard line with under a minute left in the ballgame.

Bulldog Senior Dylan Ferguson is 6th in points scored in class 3A this season with 20 total touchdowns and 6 two point conversions. He has rushed for 1,106 yards as well.

The Bulldog defense will be challenged tonight in the second round of the playoffs. 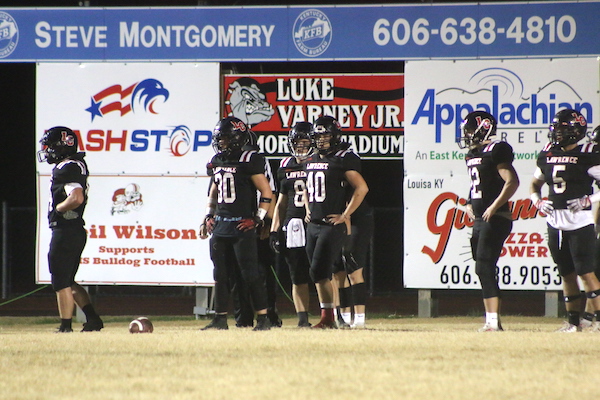 Junior Quarterback Talan Pollack has scored 7 touchdowns on the ground and 5 passing touchdowns as well. With top receiving threat Kaden Gillispie out, Jake Derifield and Logan Ratliff have stepped up the last couple of weeks.

#17 Logan Ratliff has become a threat in the passing game with the injury to Star Kaden Gillispie. 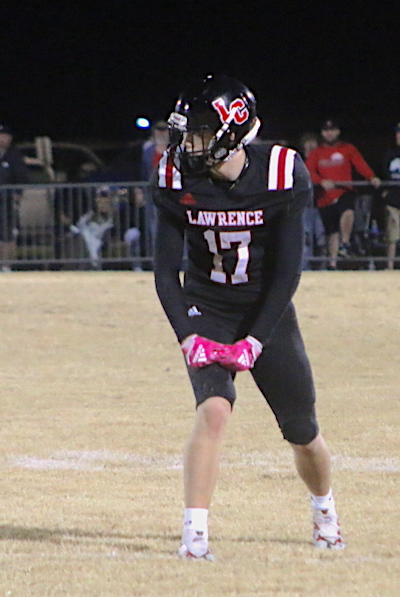 Lawrence Co. Senior kicker Logan Southers is a phenomenal 35 of 36 on PAT tries this season.

For Greenup Co. Sophomore Quarterback Tyson Sammons is a one man wrecking crew with 30 total touchdowns and 2,661 yards of total offense.

Junior Ike Henderson has rushed for over 700 yards and scored 10 touchdowns.

Top receiving threat for the Musketeers is Brady Howard with 311 yards and 5 touchdowns. 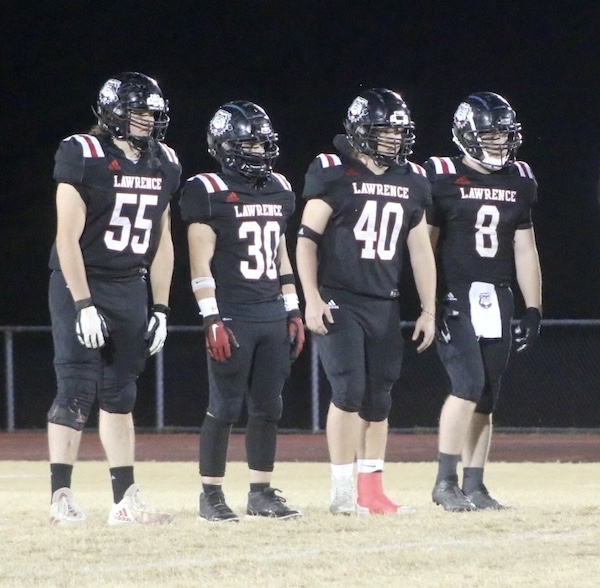 No doubt weather will be a factor tonight but don’t let that get in your way of coming out and watching a really good second round playoff matchup in Louisa.

In other playoff games in Class 3A…