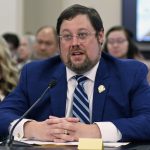 At the 11th hour on the 11th day of November 1918, the First World War ended with a powerful flash of artillery, and then the guns, which had blazed for over four years, fell silent. Over 9 million men, including 117,000 Americans, lay dead, and much of Europe in ruins.

In 1919, to commemorate the First World War’s end, President Woodrow Wilson proclaimed November 11 to be Armistice Day. He stated the day would be “filled with solemn pride in the heroism of those who died in the country’s service and with gratitude for the victory.” However, armistice Day was not a nationally recognized holiday until Congress ratified it in 1938. In 1954, after the United States took part in more armed conflict in both World War II and the Korean War, Congress changed the name to Veterans Day to honor all service members and related associations.

Not to be confused with Memorial Day, which honors those who have given their lives for this country, Veterans Day is for the more than 19 million veterans who have faithfully served in war or peacetime.

This Veterans Day is a particularly poignant one for myself and my family.  On April 20 of this year, my father-in-law Korean War Veteran Thomas Epling passed away at the proud age of 91.” 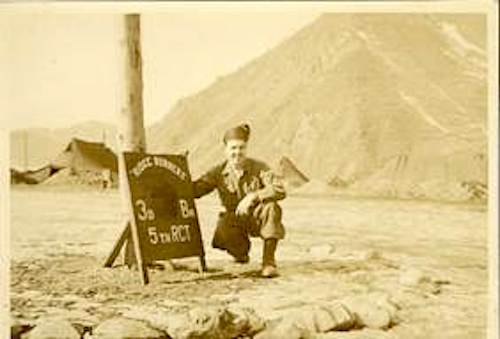 I am very grateful to have had him as my father-in-law for 16 wonderful years and that my son Weston had a very close relationship with his “Papaw.”  One of the things that Weston enjoyed the most was hearing Thomas tell of his exploits during the war as a combat medic and of his battles on “Old Baldy” and many other far-away places. In this modern world where photgraphs and information are available at the stroke of a key, I can only imagine both the fear as well as the sense of adventure for a 21 year-old farm boy plucked from his family farm near Breaks, VA and sent halfway around the world to fight for a country that he had never heard of. Yet he did not complain and did his duty like so many other young Americans before and since.

This Veterans Day, many businesses will close to observe the struggles and sacrifices of our nation’s finest. While many of you may enjoy the day off, I would encourage you to take a moment to reflect upon the efforts of our men and women in uniform, both past, and present. If your local community is hosting a Veterans Day parade, as many do, I encourage you to attend this special experience and convey your appreciation to service members in person. Honor the American flag often hung at half mast, and observe the period of silence lasting two minutes at 11 a.m.The shorter days and colder temperatures are evidence of autumn and the impending arrival of the holiday season.   The 2022 Interim period for your part-time legislator is also drawing to a close; joint committees and special task forces are preparing for their final meetings. Kentucky residents from communities across the bluegrass have completed or will complete, their civic duty by visiting their local polling station and casting votes for those they wish to represent them in local, state and federal officials. Having exercised our sacred voting rights on November 8, we celebrate the individuals who defend the rights unique to American citizens.

The Senate is actively preparing for the 2023 Regular Session. If you have any questions or concerns on what to expect or what you’d like your lawmakers to focus on when we reconvene, please reach out to my office and make your voice heard. As always, it is an honor to represent you and the American ideals we hold dear in Frankfort.

Senator Phillip Wheeler, R-Pikeville, represents Kentucky’s 31st Senate District, including Elliott, Johnson, Lawrence, Martin, and Pike Counties. Wheeler is vice-chair of the Senate Standing Committee on Economic Development, Tourism, and Labor. He also serves as a member of the Senate Standing Committees on Transportation, Natural Resources and Energy, Judiciary, and State and Local Government. Additionally, he is a member of the Capital Planning Advisory Board. Lastly,  Wheeler was recently appointed to the Benefits Cliff Task Force during the 2022 Interim.

For a high-resolution .jpeg of  Wheeler, please visit:https://legislature.ky.gov/Legislators%20Full%20Res%20Images/senate131.jpg.