DAWGS GET PAST EAST CARTER IN FIRST ROUND OF 3A PLAYOFFS

REMATCH WITH GREENUP CO. UP NEXT

#65 Dylan Whitt and #55 Trace Longstreth lead the Bulldogs onto the field Friday night. 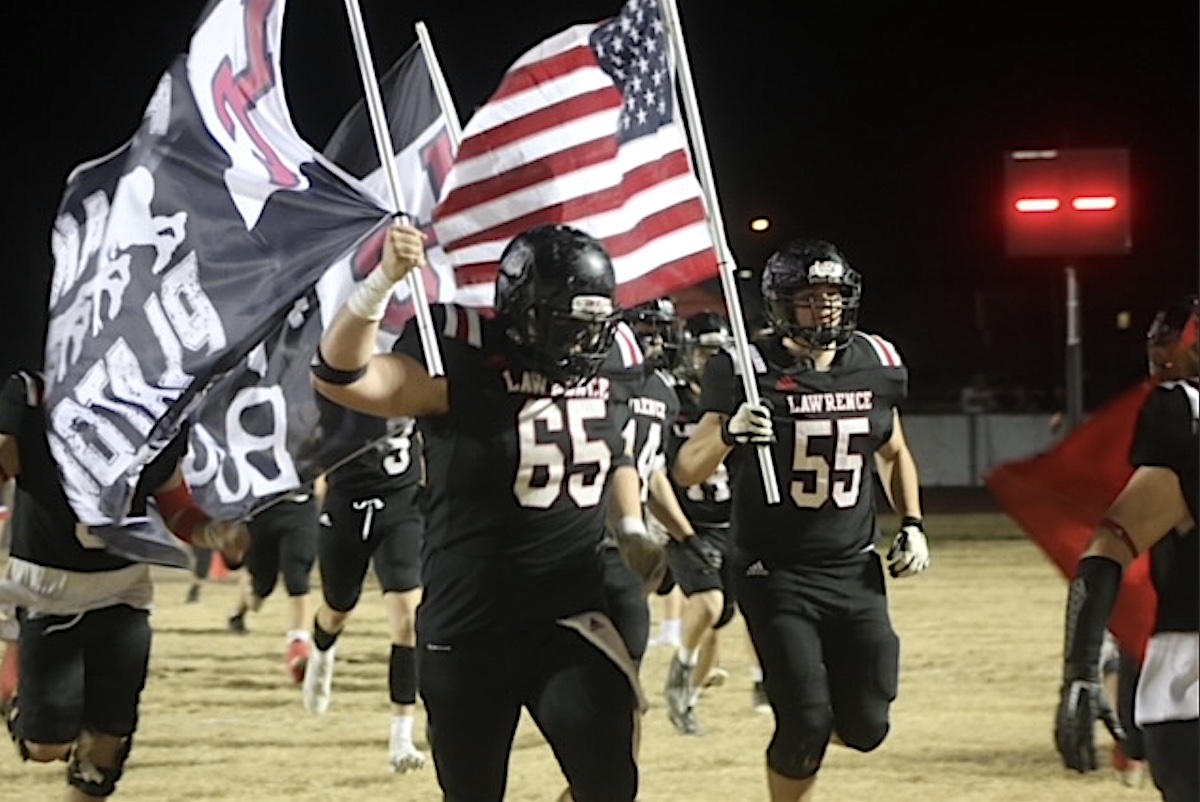 The Raiders ( 6-5 ) got on the board first when Breyer Holbrook plunged in from one yard out and Ryan Carter booted the PAT for a 7-0 lead with 3:36 left in the first quarter.

The Dawgs answered with a Cody Crum 14 yard run and Logan Southers tied it at 7 all with the PAT kick at the 10:33 mark of the second quarter.

LC QB #7 Talan Pollock gets ready for the snap versus East Carter. 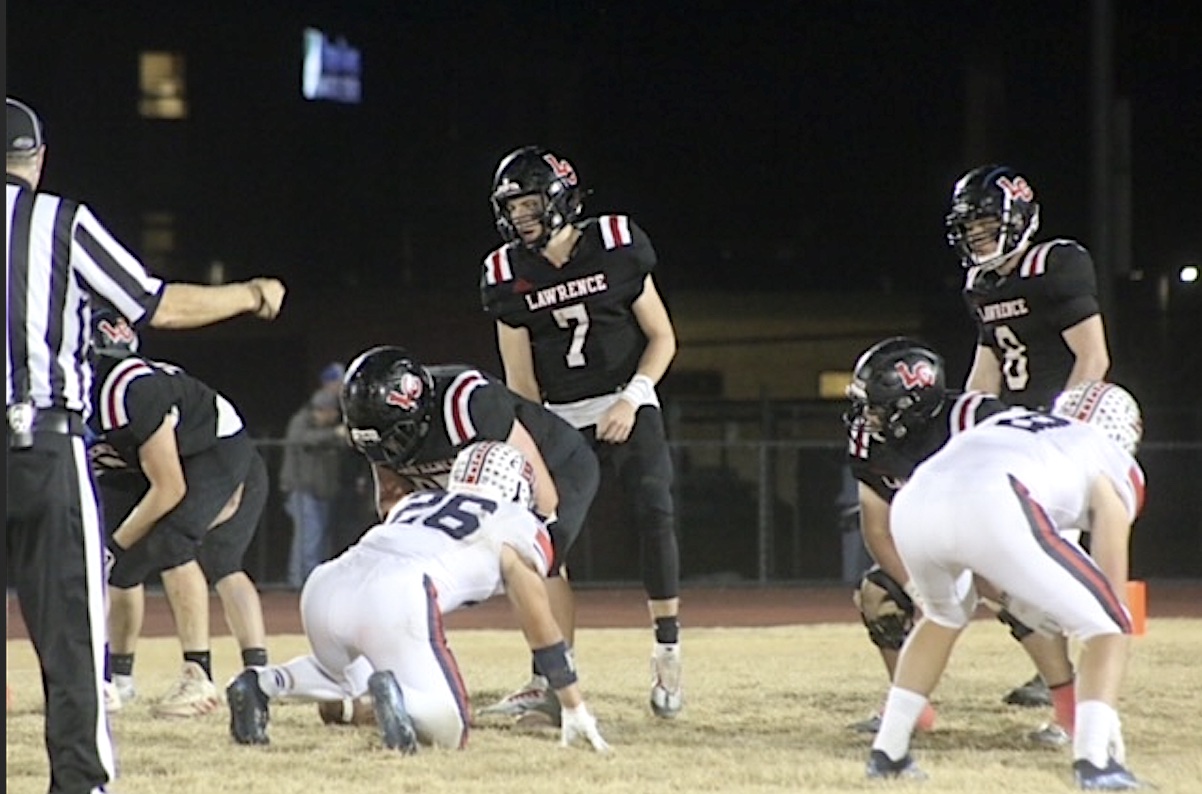 Lawrence Co. took the lead for good on a Ryan Marcum 29 yard touchdown run and Southers made it 14-0 with 7:38 left in the first half.

The Bulldogs made it 20-7 when Talan Pollock hit Jake Derifield for a 64 yard touchdown with 4:44 left in the first half.

#35 Cody Crum and #4 Ryan Marcum celebrate with #22 Jake Derifield after Derifield hauled in a touchdown pass. 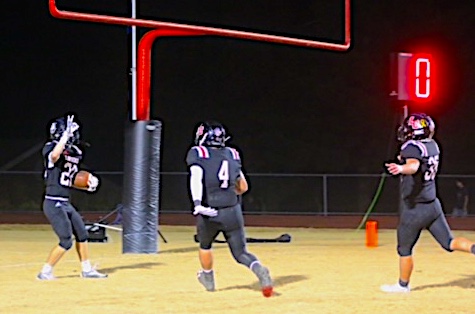 With 5:44 left in the third quarter Dylan Ferguson found the end zone for a 8 yard score to make it 26-7 Lawrence Co.

Holbrook scored once again for East Carter this time from 13 yards out and Carter tacked on the PAT to set the final score of 26-14. 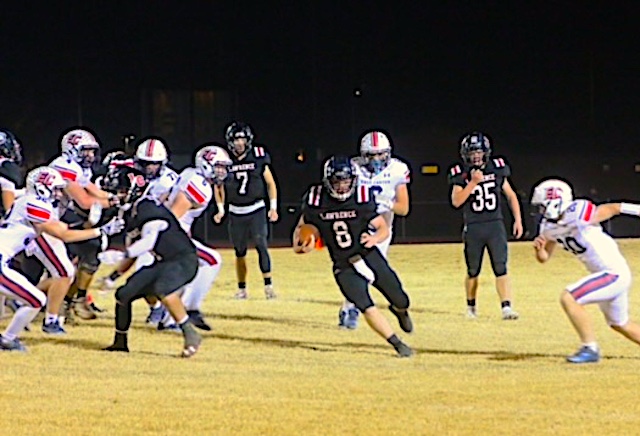 The victory sets up a rematch versus Greenup Co. ( 7-4 ) who took care of Pike Co. Central 47-0 at Home. The Musketeers defeated the Dawgs 17-14 back on September 2nd.

In other 3A playoff action around the area…

“… Proud of our efforts from Friday night against East Carter. I thought we played hard. I don’t think we played very clean. We have some things to work on this week.”

“… Excited for our team. They have done everything we have asked all year. Proud of Jake Derifield, Eli Fletcher, and Logan Ratliff for stepping up Friday night. East Carter is a solid team. We knew we would get their best effort.”

“… We are thankful to have another opportunity to play this week against Greenup County. Another huge challenge. Going to continue to work to get better this week and expect to go 1-0.”