Names and conditions not released... 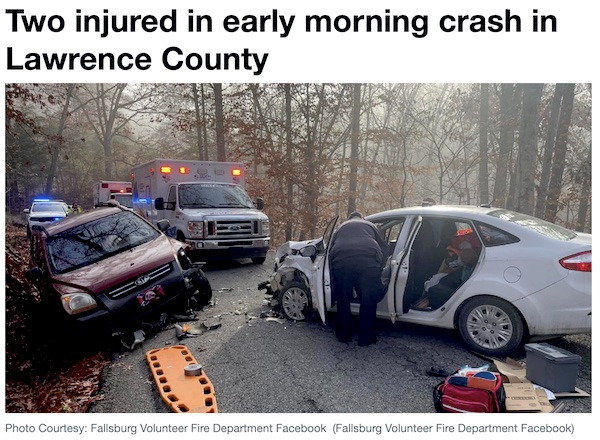 THE SCENE OF A TWO AUTOMOBILE HEAD-ON CRASH THAT LEFT TWO INDIVIDUALS INJURED THURSDAY  MORNING ON BIG CAT FORK, JUST DOWN THE HILL FROM SPANKEM BRANCH ROAD, IN THE FALLSBURG AREA.

FVFD also reported that two cars hit each other head on, and that both drivers were taken to  Three Rivers Medical Center in Louisa by NetCare ambulance service.

The names of the two individuals who were injured in the accident were not released, nor were their conditions known following the wreck.

There was heavy fog at the time of the car collision crash at the wreck scene; in addition, Fallsburg officials reminded everyone to be careful and take their time safely while driving on our county’s narrow winding roads.