NUMEROUS CHARGES THE SUSPECT IS FACING FOR THIS INCIDENT JOINS THE CHARGES HE FACES FROM 2021 INDICTMENT FOR ALSO FLEEING FROM COPS ON A MOTORCYCLE CHASE, ALSO IN JOHNSON COUNTY 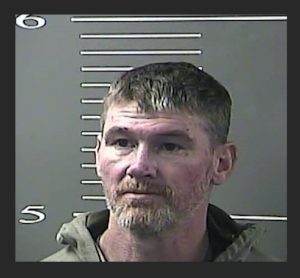 NIGHTHAWK WANNABE: WILLIAM V. HICKS, 49, OF SITKA, KY., WAS ARRESTED AFTER LEADING COPS ON A HIGH SPEED CHASE ON HIS MOTORCYCLE, THAT BEGAN IN JOHNSON COUNTY WENT BACK AND FORTH IN TWO OTHER COUNTIES, BEFORE HE WAS FINALLY APPREHENDED IN LAWRENCE COUNTY.

A Johnson County man remains in jail after leading police on a highly dangerous chase through four counties, at speeds well over 100 miles an hour, finally being apprehended in Lawrence County.
According to the arrest report, on late Friday afternoon, October 28; Johnson County deputies attempted to pull over a motorcycle for a traffic stop that was attempted on KY. 825 in Johnson County for no visible plates. the bike was being ridden by the driver, who was identified as William V. Hicks, 40, of Sitka, KY. who refused to stop, and then sped up away, and a pursuit was initiated.

According to the report the pursuit continued all the way into Lawrence County at speeds of up to 133 miles per hour, and William Hicks showed no regard for other traffic or the law enforcement officers in pursuit.

William Hicks continued changing lanes between vehicles and ran off on the shoulder of the road in an attempt to evade deputy Jeffrey Castle, the arrest report said.

The pursuit finally came to a stop in Lawrence County in front of Tractor Supply Store in Louisa on U.S. 23. After stopping,  Hicks got off the motorcycle and was taken into custody by police officers without any further incident, according to the arrest report.
A search of a backpack on the motorcycle turned up a plastic bag with a white crystal substance, a plastic bag with a suboxone pill and strip as well as syringes, deputies said.
Police dispatch notified officers that William Hicks had an indictment arrest warrant in Johnson County, after he was indicted on charges for fleeing and evading police on another motorcycle chase in 2021, the arrest report said.
Crace Wrecker Service was dispatched to retrieve the motorcycle, the arrest report said in its final sentence.
Willaim Hicks was officially taken into custody by Johnson County deputy Jeffrey Castle, and he is facing a total of thirteen (13) criminal charges, which are as the following:
William Hicks was transported and lodged in the Big Sandy Regional Detention Center. in Paintsville; where he is currently being held on a $5,025 full cash bond.
ShareTweetPinShareScan
Next Post