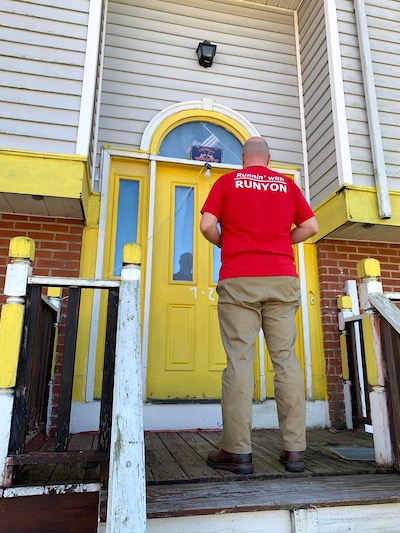 Special for the Lazer

It’s just before dawn, but David Matt Runyon is up early, preparing for his day as First Assistant Commonwealth’s Attorney for the 24th Judicial Circuit, and busily campaigning for Circuit Judge to replace Judge John David Preston, who is retiring after a long tenure on the bench.

The job of Circuit Judge is a role Runyon understands after prosecuting a busy caseload as chief assistant prosecutor for several years and from watching his grandfather as a young man. Runyon’s granddad was the late Circuit Judge Jimmy Knight, who many remember fondly from his years of service.

“I watched my granddad with awe and interest, and it has been my dream to follow in his footsteps since I was a young boy,” Runyon said.

Runyon is earning admiration and praise from those who follow the Courthouse and politics in the area.

“David Matt Runyon has put in the work and the time, and he’s hit the pavement running hard in this campaign—it’s been a long time since I’ve seen a candidate work as hard as he has, plus he’s a genuinely good guy,” said one longtime local political observer. 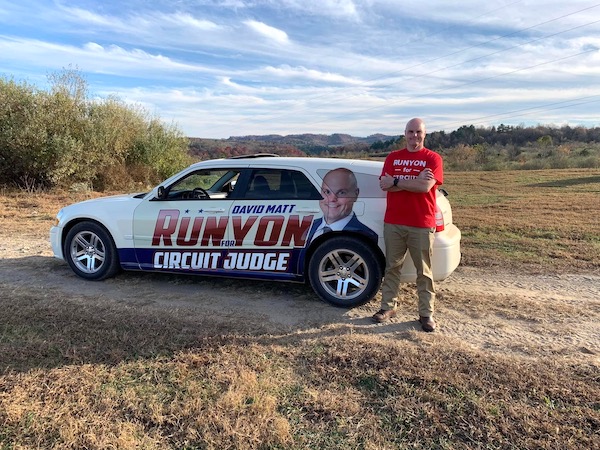 According to the Kentucky Administrative Office of the Courts, “Circuit Court is the court of general jurisdiction that hears civil matters involving more than $5,000, capital offenses and felonies, land dispute title cases and contested probate cases. Circuit Court has the power to issue injunctions, writs of prohibition and writs of mandamus and to hear appeals from District Court and administrative agencies.”

“I’ll be a judge who is firm, but fair, and I’ll treat everyone with dignity and respect,” said Runyon.

“It would be the honor of my life to serve the people as circuit judge, and I will work hard for them every day if elected,” he said.