AFTER FIVE JUDGES IN FIVE YEARS, MARTIN COUNTY LOOKS TO  DOC LAFFERTY FOR STABILITY AND EXPERIENCE

Historic WRITE-IN vote a week away in Martin Co. 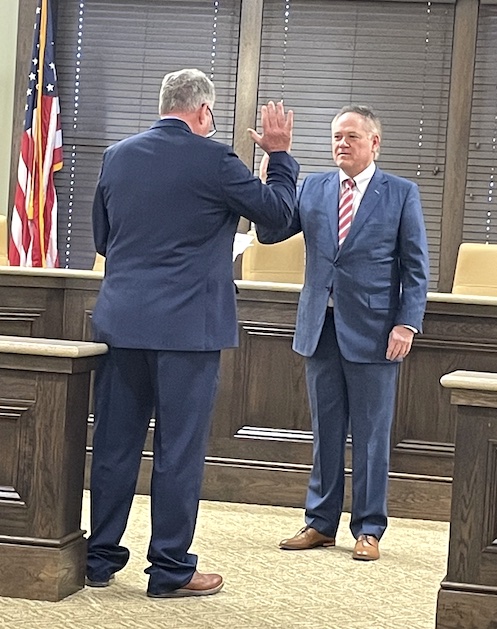 Voters must WRITE-IN to elect next judge/executive

Special to the Lazer

In 2019, Callaham left office after serving five terms. In 2021, Davis resigned after serving just over two years. Gov. Andy Beshear appointed then-Magistrate Slone to the job, but Slone died in office last January. The Governor then appointed Kirk, who served until his resignation became effective last Friday. Lafferty then took over the reins.

Because Kirk, a Republican, was unopposed by a Democrat, and because his resignation was too late for the Republican Party to nominate a replacement, Martin Countians must choose who will be their county judge/executive by a write-in vote. Only votes for officially declared write-in candidates will be counted. Those candidates are Lafferty, Marlena Slone, Jimmy Don Kerr, Benjamin York, and Mitchell Crum.

Lafferty, who has operated a family medical practice in Martin County for nearly 40 years, was appointed to fill the position left vacant by the resignation of Colby Kirk. Lafferty previously served as judge/executive from 1999 until 2003.

“We’ve been through a lot here in the last several years with floods, our water problems, and high unemployment. Five judges in five years is enough. We’re counting on Doc to lead, and to help us,” said one lifetime Martin Countian who lives at Tomahawk.

“Doc has taken care of a lot of us for years as a doctor, and now he’s got to help heal this county. I think he’s the man for the job after all this turmoil and turnover. Doc has experience and is trusted. Lord knows, we need him,” said one local resident from Warfield.

“I am grateful for the opportunity to serve, and to give back to the county that has given me so much,” Laffery said.

“It’s time to start dreaming again in Martin County about the future we deserve, and I want to bring honest, effective, stable, and experienced leadership to our county. I’d be honored to have the write-in votes of the people of Martin County and to have them place their confidence in me,” Lafferty said.

Martin County Clerk Susie Skyles said her office would be happy to answer any questions about how to write-in candidates on the ballot.