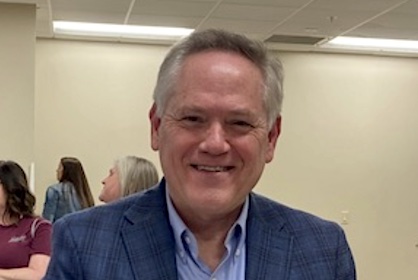 The Martin County Judge Executive’s Office has had some high turn-over recently. The last person elected to the post was William Davis, who resigned abruptly in March of last year.

In the time since, two more people were sworn in to fill the role. Victor Slone was appointed by Beshear but died while in office. Then Colby Kirk was appointed and served a few months but  announced his resignation on October 14, not enough time to change the names on the ballot, so the last resort is a write-in election.

On Thursday, it was announced that Governor Andy Beshear appointed Martin County doctor, “Doc” Lon Lafferty to fill out the remainder of the term. He will be sworn in Friday afternoon and serve as the interim through the end of December.

But although the appointment could give him a boost, Lafferty still has to win a write-in contest on election day.

Lafferty, along with three other people are registered as write in candidates in the upcoming election. The other candidates are Victor Slone’s widow Marlena Slone, Jimmy Don Kerr, and Benjamin York.

Lawrence County Civil Suits for the week of Oct 24-28