CHARGES STEMMING FROM MAY 2022 DRUG BUST ARREST BY STATE POLICE; SUSPECT HAD PREVIOUSLY SERVED STATE PRISON SENTENCE FOR DRUG TRAFFICKING, NOW FACING THE POTENTIAL OF THE REST OF HIS LIFE IN A U.S. FEDERAL PRISON. 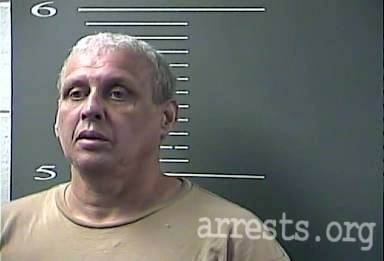 GARY D. WARICK, 56, OF HAGER HILL, KY., WAS INDICTED IN PIKEVILLE BY A FEDERAL GRAND JURY IN PIKEVILLE, KY., ON FEDERAL CHARGES OF POSSESSING, DISTRIBUTING, AND CONSPIRING TO DISTRIBUTE METH.

A Johnson County, KY. man who has had frequent run-ins with local area law enforcement agencies through lengthy years of criminal offenses, is now finding himself facing his most serious criminal charges yet, after being indicted by a federal grand jury in Pikeville, KY.

Gary D. Warick, 56, of Hager Hill, KY., was indicted on charges of possessing, distributing and conspiring to distribute methamphetamine.

The charges stem from his arrest by the Kentucky State Police, following a search of his home back on May 4, 2022. During their search, KSP troopers reported finding a large amount of meth, along with items consistent with trafficking of meth.

Due to Gary Warick having a previous drug trafficking conviction, in Floyd County, KY. for which he received a twenty (20) year prison sentence in state prison, but was let out on parole after four (4) years; Gary Warick could now face a life sentence if he is found guilty on the federal drug charges

Gary Warick is currently being held in the Floyd County Detention Center in Prestonsburg, KY.