‘BIG DOIN’S’ ON TAP FOR SENIOR NIGHT FOR LAWRENCE CO. AS THEY HOST 8-1 RACELAND

Louisa, Ky. —  It should be a dandy tonight at Luke Varney Jr. Memorial Stadium for Senior night between 8-1 Lawrence Co. and 8-1 Raceland. 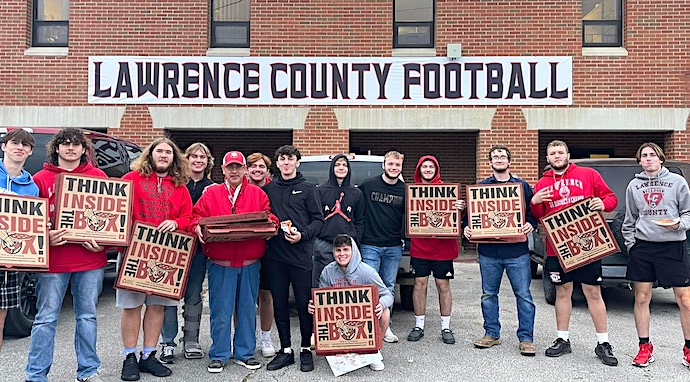 Both teams come in playing well with the Bulldogs winning seven in a row and the Rams winning five in a row. Both teams captured District titles and will host two games and both looking to bolster their RPI with a victory which comes into play during week three of the playoffs.

Lawrence Co. will come into this game a little banged up after a couple key injuries last week. Do- it- all senior Kaden Gillispie, who has accounted for 7 touchdowns on the season may be out for the year and Caden Ball who is a stalwart on defense may miss tonight after leaving last week’s game early in the first quarter last Friday. The Dawgs are already missing defensive standout Luis Chicko who got hurt against East Carter.

The Dawgs like to do things on the ground and the Rams like to throw it all over the place.