by Lazer Staff
in Sports
Share on FacebookShare on Twitter
The Lawrence County Youth Football League has three teams battling for dreams of going to the Turf Bowl. The A-team, C-team and D-team all play semifinal Games this Saturday. 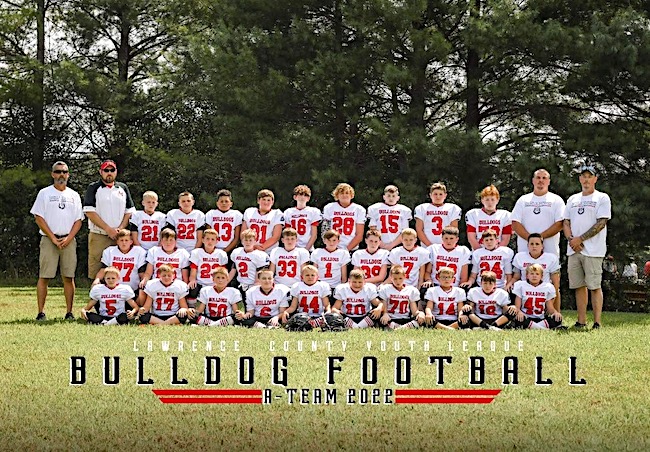 The LCYFL A-Team has been waiting for this coming weekend for 3 weeks. The 7-0 Bulldogs are the #1 seed in A Division of the Tri-State Youth Football League.

The 10-11 year old Dawgs are one game away from Marshall’s Joan C. Edwards Stadium Turf Bowl in Huntington. The last game they played was on October 8 against Ona-Milton, where the young dogs scored at will winning 36-6.

The A-Team’s defense has been outstanding, allowing just 26 points all season led by Eddie Chicko, Maddox Fletcher and Kaleb Maxie.

“We have been practicing for this opportunity all year. DC is a very talented team that we haven’t overlooked. We played them earlier on in the year and won 16-6 , but both teams have improved. It was one of our more physical games,” Head Coach Scotty Holt said of his team’s upcoming challenge. “Coach Tate Smith has the offense firing on all cylinders and we are excited to showcase all of our hard work this Saturday.” 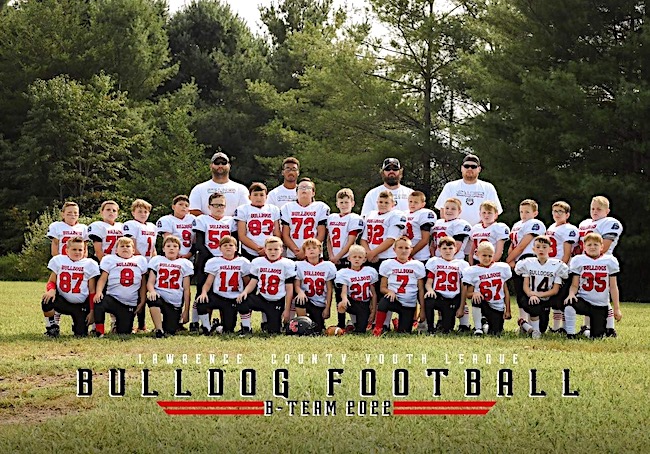 The LCYFL B-Team finished their season 3-5 with a loss to Buffalo 30-6, after winning their first round game over Ona Milton 16-0.

“…Our season ended earlier than we had hoped but very proud of the fight and and grit our team showed this season. As a coach I couldn’t be more proud of the growth our team displayed both as football players and as young men. Can’t wait for next year.” 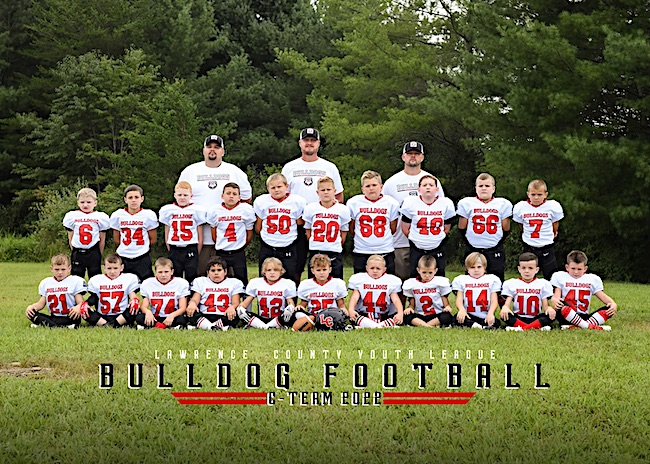 The #1 seed Lawrence County C-Team moves into the semifinals after a victory over DC 40-0.

“…We’re really proud of the work these boys have put in this season. They are where they’re at because of their work ethic. Everything we’ve asked of them has been followed by, “Yes, sir!” On the C Team we have a saying: “Everyone wants to win, but nobody to work for it. These boys are willing to work for it.” 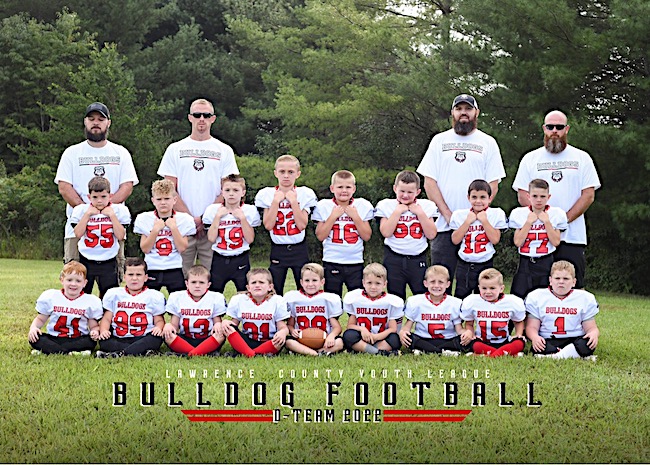 The #3 seed D-team moves on after a forfeit win of their first round game.

The 7-1 little Dawgs move into the semifinals against D.C, the only team to beat them this year.

“…Winning isn’t everything, but wanting to win is. Just like anything you coach or work at, we have made some changes to make us better as a team and we have made some big changes to get us where we are. My little team has definitely worked extremely hard to get prepared for the game. For a group of 5-6 year olds you won’t find a group of kids to work any harder. They have gotten better each week throughout the year, so all the hard work they have put into this year all comes out on Saturdays.”

The future looks bright for football in Lawrence County. Please come out and cheer on the Bulldogs this Saturday.