FIRE OFFICIAL TOLD STATE POLICE HE WAS CALLED TO SAME RESIDENCE SUNDAY NIGHT TO PUT OUT A FIRE; DISCOVERED THE SUSPECT COVERED IN ASH & SOOT NEARBY WHILE DRIVING BY THE SAME HOME PROPERTY MONDAY MORNING THAT WAS IN FLAMES AGAIN 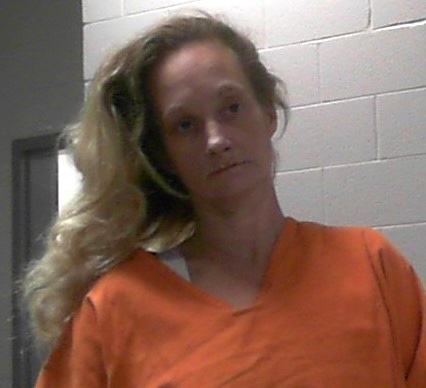 TARA NICOLE LYCANS, 38, OF CRUM, WEST VIRGINIA; WAS ARRESTED ON MONDAY MORNING, OCTOBER 24, FOR FIRST DEGREE ARSON, AFTER SHE WAS FOUND COVERED IN ASH & SOOT NEAR PROPERTY BUILDINGS THAT WERE ON FIRE IN THE CRUM AREA.

A Wayne County woman fire and law enforcement officials say was found at the scene of a suspected arson covered in ash and soot was arrested and charged, according to the West Virginia State Police.

State troopers reported that Tara Nicole Lycans, 38, of Crum, West Virginia was arrested at the scene along the Right Fork of Bull Creek Road in Crum late Monday morning, October 24.

A tip regarding a possible arson was reported to Wayne County 911 just before 8:30 A.M.

According to West Virginia State Police, a Kermit, W.VA. volunteer firefighter out of Mingo County was called to the same house previously on Sunday night, and knocked down flames at the residence.

The same fireman told state troopers on October 24 he drove past the home and found Tara Lycans burning the barn along with another property outside the home.

The barn was destroyed along with the other outside property.

Tara Lycans, who officials say was covered in ash and soot, was arrested and charged with first degree arson.

After her arraignment in Wayne County magistrate court, Tara Nicole Lycans was transported to and lodged in the Western Regional Jail in Barboursville, W.VA., in Cabell County; where she is currently being held on a $50,000 surety/cash bond.