SEE YOU IN THE NEXT CENTURY: ELLIOTT CO. MAN SENTENCED TO 100 YEARS IN FEDERAL PRISON

SEE YOU IN THE NEXT CENTURY: 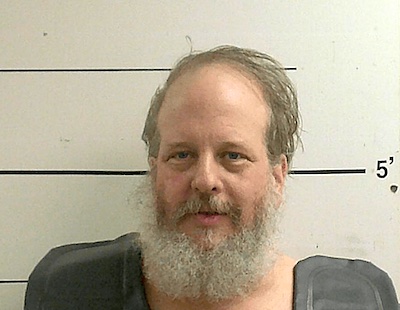 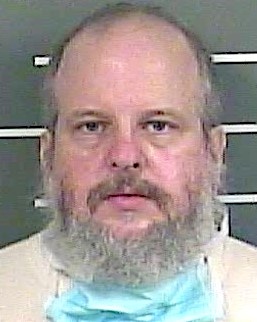 RONALD PATRICK STINESPRING, 51, OF SANDY HOOK, KY., WAS SENTENCED TO ONE HUNDRED (100) YEARS IN FEDERAL PRISON, AFTER PLEADING GUILTY TO SEX CRIMES AGAINST THREE YOUNG GIRLS HE HAD IMPRISONED AT HIS REMOTE CABIN IN ELLIOTT COUNTY FOR OVER AT LEAST TWO YEARS.

An Elliott County, Kentucky man has been sentenced to serve the next century in federal prison, after a U.S. district judge imposed 100 yearsagainst the man, after his pleading guilty to charges related to child sexual exploitation.

Ronald Patrick Stinespring, 51, of Sandy Hook, KY., previously pleaded guilty back in May of this year, to three counts of using a minor to engage in sexually explicit conduct, one count of possession of child pornography, and one count of obstruction of justice.

The details of the child sex crimes case sound like something out of a horror movie, and they only came to light after one of Ronald Stinespring’s young victims escaped.

The underage victim told police that she and two other girls suffered repeated physical and sexual abuse at the hands of Ronald Stinespring, which included being tied up, forced to sit on rocks for long periods, having water poured over them, and being tazed with a stun gun.

When law enforcement officials went to and arrived at the remote cabin in Elliott County where Ronald Stinespring and his family lived and also where they kept the girls, they encountered and came across makeshift roadblocks, made of logs and downed trees. leading to the property.

When police searched the home, they found birth control pills, pregnancy tests, a fetal doppler, and they also found sexually explicit pictures and videos of the three juvenile girls in the cabin.

After the sentencing of Ronald Patrick Stinespring on Monday, October 17, a press release statement about the scope of the case was released by Assistant U.S. Attorney for the Eastern Kentucky district, Carlton S. Shier IV; for which he said the following remarks:

“Even in the context of child exploitation and abuse, the conduct was remarkable.  Three young people were extensively and callously abused, over the course of years.  While his conduct was truly appalling, fortunately, the sentence he must now serve is also noteworthy.  It is our hope that it will assist the victims in their recovery from the abuse, provide them with some measure of justice, and prevent him from ever endangering other young victims again.”

Ronald Stinespring sent a letter to one of the victims while he was being held in jail over the period of his various court dates. According to officials, Ronald Stinespring attempted to pressure the victim into taking responsibility for the crime. The letter was written in a secret code that was later deciphered.

In addition to the 100-year prison sentence, Ronald Stinespring has also been ordered to pay more than $800,000 in restitution to the three female juvenile victims.