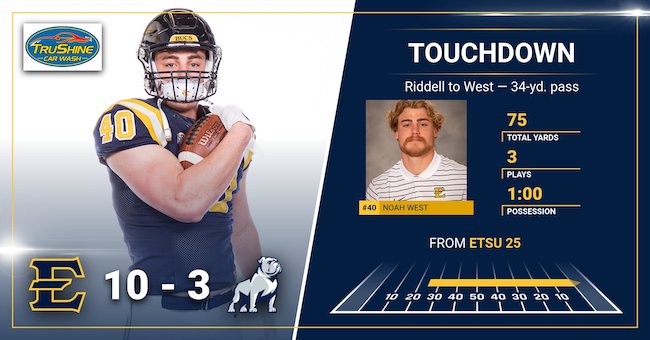 West, a senior this season, caught a 34 yard touchdown pass from Bucs’ Quarterback Tyler Riddell in the first quarter of a 55-45 loss to Samford at William B. Greene Jr. Stadium.

West has caught 8 passes for 115 yards this season for East Tennessee St. who has a 3-5 record with three games remaining including a trip to face Mississippi St. on November 19th.

Noah scoring a touchdown against Raceland during his high school career at LCHS. 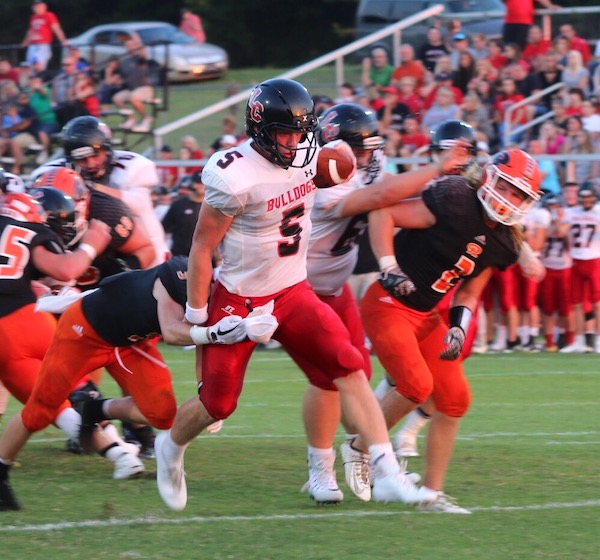 West was a standout for the Bulldogs on the gridiron and has been a valuable player for the Buccaneers in his career.