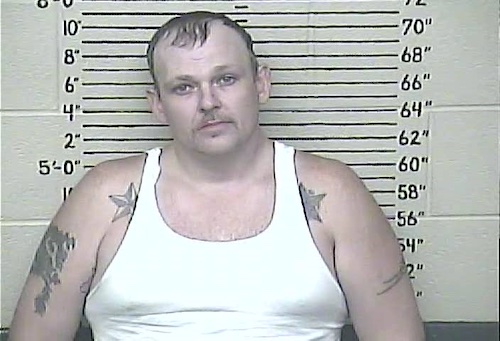 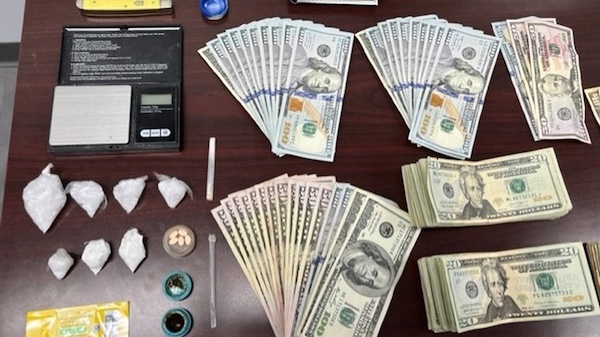 RUSSELL JON BARKER, 40, OF OLIVE HILL, KY., WAS ARRESTED ON SATURDAY, OCTOBER 22, ON 20 CRIMINAL CHARGES; AFTER LEADING OLIVE HILL POLICE ON A MOTOR VEHICLE CHASE, THAT AFTER THE CONCLUSION OF THE PURSUIT, LED TO THE DISCOVERY OF A MAJOR DRUGS & CASH HAUL.

A wanted Carter County, KY., man was arrested Saturday afternoon after a vehicle pursuit in Olive Hill, KY which yielded the discovery of a significant amount of drugs and contraband, and the suspect facing a wagonload of criminal charges.

According to Olive Hill Police Chief Bruce Palmer said the pursuit started around 2:20 P.M., on Saturday, October 22, in Olive Hill.

After the pursuit had ended, during a search of Russell Barker’s vehicle, several drugs were seized, including methamphetamine, and fentanyl, along with nearly $6,000 in cash.

Russell Jon Barker was transported to and lodged in the Carter County Detention Center in Grayson, KY., on a long list of charges not only from the vehicle pursuit and the subsequent  drug bust seizure, but Olive Hill officers said they also served two indictment warrants for burglary on Russell Barker.

In all, Russell Jon Barker is facing a total of 20 criminal charges, stemming from the motor vehicle police chase, drug bust, and the two indictment warrants.

The charges against Russell Barker are as the following:

It was reported by officials that there were three Olive Hill Police Department units that were involved in the drug bust, including two K-9 officers.

The Olive Hill Police Department stated that this was because they just very recently had been starting a new Drug Interdiction Unit, and that this is the first major drug bust involving the Olive Hill police officers from that interdiction team.