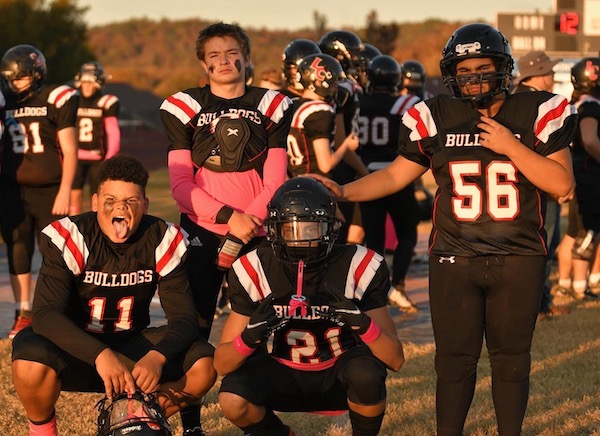 A running clock in the first quarter allowed for several reserves to get well deserved playing time.

This season the Bulldogs 1st team outscored their opponents 250-36. Despite defeating Bourbon County in the first round, Clarke Moore’s Middle School football team decided the second-round trip to Louisa wasn’t in their best interest.  That makes a total of 5 different teams that have chosen to forfeit games over facing the Bulldogs on the gridiron. Several teams were offered a chance to play the Bulldogs, but also declined.

Caven Williams — “I’m really proud of the way we have played and I’m proud of our coaching. We have been putting in the work and it’s showing.  We’re not just a team, we are a family and we’re all ready for the playoffs.”

Coach quote: Thomas Frazier (HC) “We planned to make it to the regional championship but would have preferred to play. We don’t control what other teams do and so we will focus on what we can control. We will practice and be ready.  We look forward to playing whoever wants to play.” 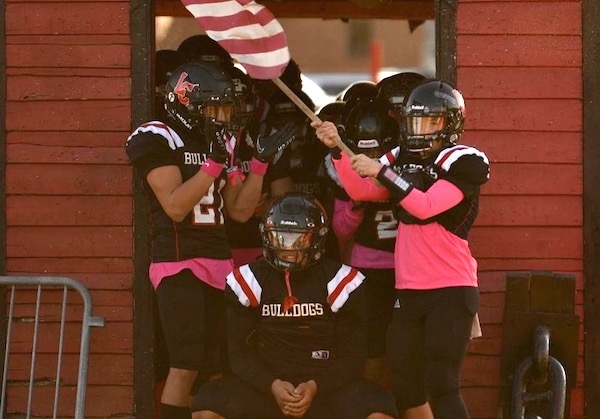 Lawrence County, Ky. Court Docket for the week of October 17-21