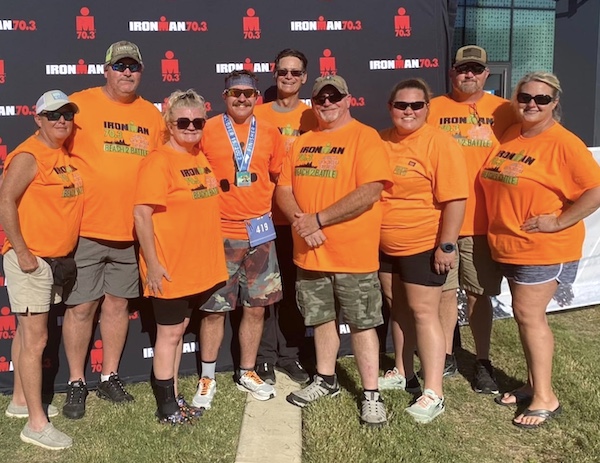 Over 3,000 athletes took part in the 2022 IRONMAN 70.3 North Carolina triathlon on Saturday, Oct. 15, 2022 in Wilmington, N.C. one of which was former Louisa resident, 24 year old Blayne Brewer. Blayne is the son of Greg and Kelli Fugitt of Louisa and Travis Brewer of Odessa Texas.

The course started in Wrightsville Beach and ended in downtown Wilmington at the Live Oak Bank Pavilion along Wilmington’s riverfront.

Brewer, after battling a near death experience just under two years ago, had vowed to return to the race scene one day. He began his journey in May of 2021 and by October 2021 had run in a 50 mile Ultra Marathon, but that wasn’t enough for Brewer.

William Blayne Brewer, known as Blayne to family and friends, stated after the Ultra Marathon that he was going to train for an “Ironman” race, and that he did. With the help of friends and family he did intensive training in preparation for last Saturdays race in North Carolina and was able to complete the race.

“Winning wasn’t my goal this time, being physically fit enough to finish the race was the goal, stated Brewer”. Brewer finished the 70.3 mile race in 7:21:11. 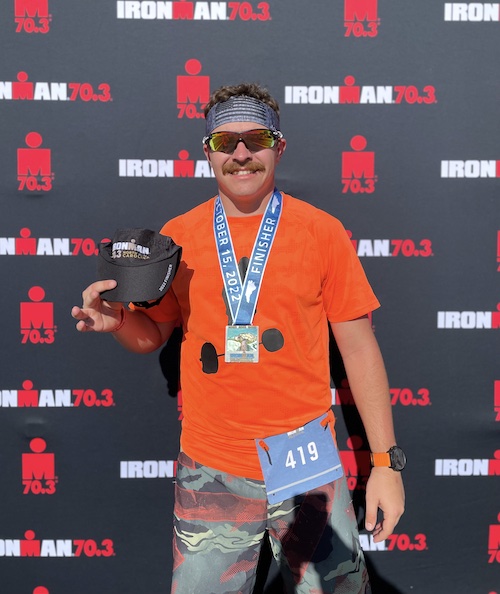