First win over defending state 3-A champs in 20 years!!! 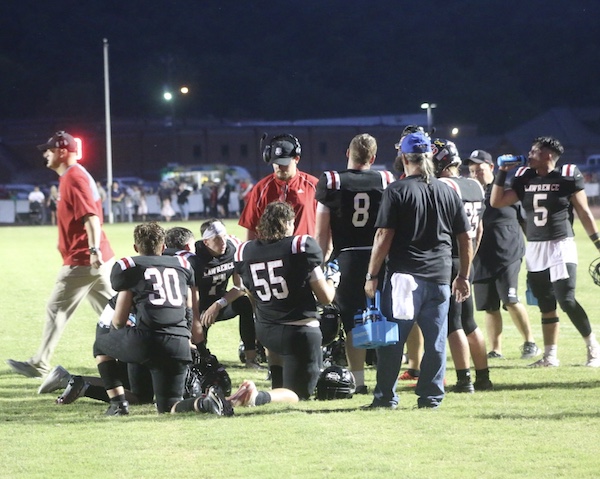 The Dawgs finally got on the board on a Dylan Ferguson 3 yard touchdown and Logan Southers added the PAT and it was 14-7 with 2:44 left in the first half.

Belfry answered right back as Young scored once again from 1 yard out and it was 21-7 with 1:27 left in the half.

The Bulldogs made it 21-14 on a Talan Pollack to Kaden Gillispie 18 yard touchdown and Southers tacked on the PAT with :22 seconds left in the half.

In the third quarter Ferguson scored his second touchdown of the night,  this time from 38 yards out and Southers knotted the score at 21 all with 10:10 left in the third period.

In the fourth quarter the Dawgs took the lead for good on Ferguson’s third touchdown of the night this time from 1 yard out and then he added his fourth TD just a couple minutes later on a 10 yard run and the celebration was on in Louisa.

The Dawgs snapped a 24 game losing streak of its own to Belfry and captured the Class 3A District championship no matter what happens next week at Floyd Central.

The Dawgs will return to action next Friday to close out District play with a trip to Floyd Central ( 0-8 ). 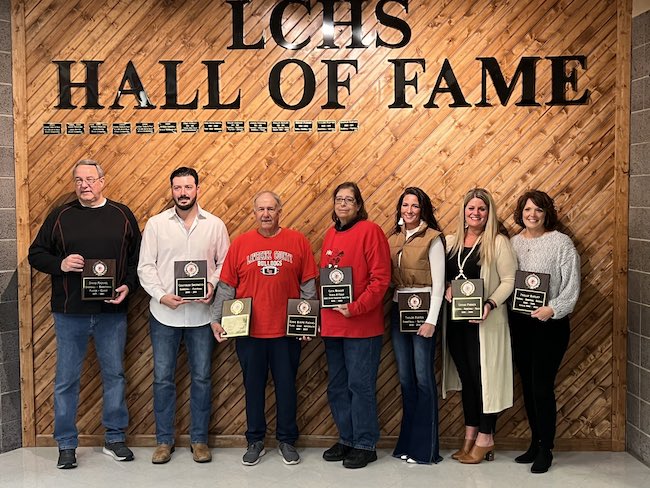 “… We were disappointed on how we started the game but these kids are so resilient and bounced back in a huge way. We just told them to play the next play and that’s exactly what they dId. They did what we asked of them and that’s what they have done all year long. It says a lot about their character. Nobody got down after we trailed 14-0 to start the game.”

“… The drive before half was a huge momentum swing for us. We got a big run from Ferguson and then the trick play from Gillispie to Collinsworth was a big play and then Talan found Kaden for the touchdown. We always want to win the last 4 minutes of the half and the first 4 minutes of the second half and we did just that.”

“… These kids are so motivated and are just good football players and even better people. Our first team meeting our goal was to win the District title and we are so humbled and blessed to do that. Only the fifth one in school history and first since 2009. Been a long process to get here. Guys like A.J. Cyrus, Grant Kiser, Noah West and Alex Strickland and many many others helped pave the way.”

“… When I turned around after we went up 14 points and saw the crowd it was one of the proudest moments of my coaching career. It was an awesome moment to take in. So many people will remember this for a long long time.”

“… It was a huge moment for everyone who is a part of our program. Players, coaches , and everyone involved had worked so hard to put us in the best position to win. So, to get the win makes all that work really worth it.”

“… I would say it speaks volumes about the work we’ve put in at practice and the coaching we received. They never want us to shy away from adversity. Whether it’s repeating a down or running a few extra sprints when you’re really tired.”

“… Going forward it gives us momentum for the next two games and in the playoffs it will help big time with home field advantage.”

“… It was a great atmosphere. The crowd wanted it just as much as we did and you could feel it. They always rally behind us.”