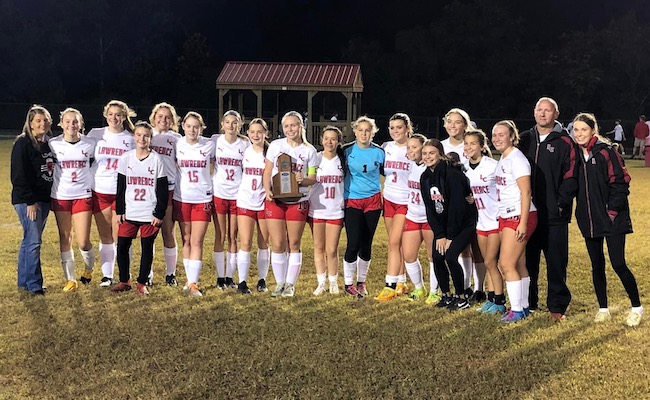 The SoccerDawgs will face Johnson Central ( 11-5 ) in the semifinals of the 15th Region tournament on Tuesday at Martin Co. at 8:30.

Prestonsburg will play host Martin Co. ( 9-8 ) in the first semifinal game Tuesday at 6:30.

The Championship game is set for Thursday at 6:30 at Martin Co.

“… We are looking forward to the first round of Region. Losing our first district championship game in 12 years stings a little. We have been plagued with injuries of late and hope to have everyone back for the region game against Johnson Central. We told the girls they have to believe and then go out and execute. We can get back to the region championship game — but it will take a total team effort.”