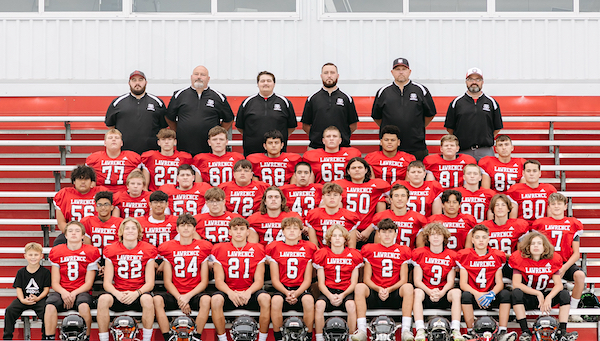 October 6, 2022, Louisa, KY- The Lawrence County Middle School Football team was given the number one seed in the upcoming 2022 middle school state playoffs.

The Bulldogs go into the final week of the regular season 10-1 with their only loss coming from an 8-6 game against Johnson Central early in the season.  The Bulldogs defeated Perry County Central, Pike County Central, Ashland, Raceland, Russell, and Pikeville. Four other games were forfeited by opponents.  Lawrence also defeated Greenup and Belfry in early season scrimmages. The Bulldogs will finish out the regular season with the Boyd County Lions at home Thursday.

Lawrence county will play the winner of Bourbon County and Clark Moore on October 20th or October 22nd at home for their opening game of the playoffs.

“…Getting a number 1 seed and being recognized as one of the favorites in Division 2 to win a state championship was a goal of ours. Being the favorite is nice and I’m proud of our team.  However, it doesn’t mean a thing if we don’t come out and perform. I have a core group of players and coaches that have been working since winter to get this opportunity to go compete for a state championship. I have an administration, players, coaches, and parents that have stuck it out through all the cancellations and late practices. I’m proud of them all and I’m proud of our seeding, but we still have work to do. We still have even bigger goals.”

Carlo Chicko– “Alone we can’t accomplish much, but together we can do a lot. We lost 7v7 games that we should have won because we weren’t yet able to play as a team.  As our season has gone on, we began to trust one another, trust our coaches, and hold each other accountable. Coach preaches every day to put team first and to understand that we get what we earn. Once we were able to fully buy into that, we became a great team. It means the world to me to get recognized as one of the best middle school teams in the state. We don’t doubt ourselves because we’ve been grinding to earn this. Now we just get to go play.” 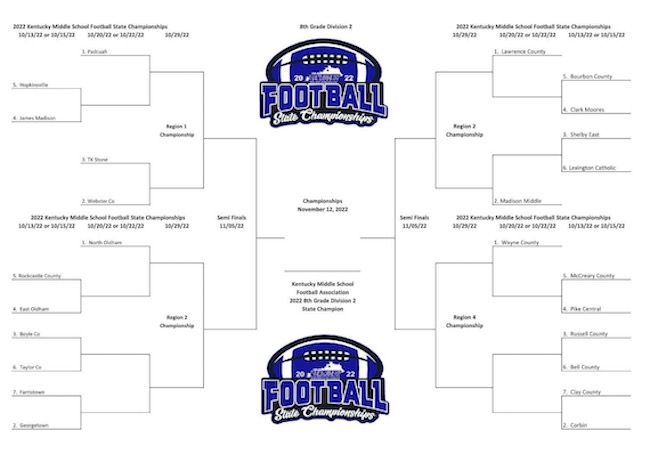