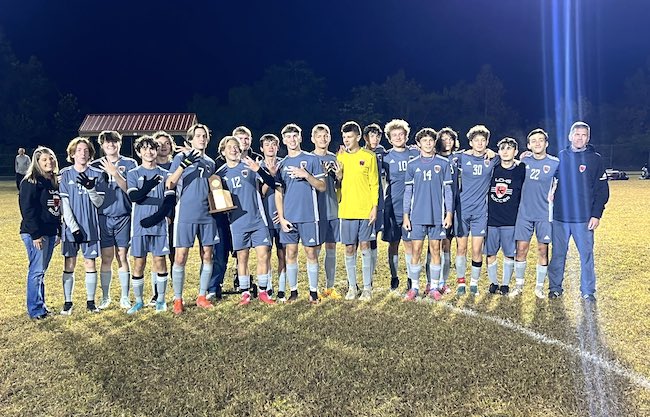 Goal Keeper Ryland Brady had 13 saves for the Bulldogs.

The SoccerDawgs will advance to the 15th Region tournament and face Paintsville ( 0-9 ) on Wednesday at Martin Co. in the semifinals at 6:30.

Prestonsburg will battle Johnson Central in the second game Wednesday at 8:30.

The championship game will also be at Martin Co. on Thursday at 8:30.

“… We started off a little slow and went into half with a 2-0 lead which we weren’t comfortable with. The boys came back out and put two in the net quickly and then just really moved the ball around well for the rest of the game. Our defense held up really well and we had a great game from our goalie Ryland Brady who came up with some great saves.”