DR. GLENN MOLLETTE: Rising prices – one thing you can do 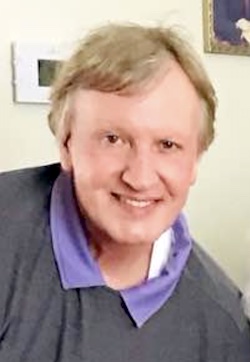 Rising prices – one thing you can do

Reports are pointing to an 8.9% raise for Social Security recipients. While it won’t feel like enough, it may buy you a sack of groceries or a tank of gasoline. This is a big maybe on the gasoline as California reports prices of over $8 per gallon.

Some of our government leadership is crying because Saudi Arabia is cutting their oil production by 2 million barrels a day. This means less oil for everyone in the grand oil supply pool. I don’t understand why anyone in our government would want to do business with the Saudis.

Buying oil from Saudi Arabia, Venezuela or any foreign entity is crazy. Why don’t we use our own oil? I’m all for green energy but we aren’t quite there yet. Make electric cars and drive them. Utilize solar energy and else anything that we can to help preserve this planet and its resources.  Regardless, our country still needs oil. As long as we need oil, it would be wiser and much more cost effective to use our own oil. Put Americans back to work drilling our oil and selling it to foreign countries.

Our government has been draining our own oil reserve to try to keep the price of gasoline down. This doesn’t seem to be working very well. Plus, it puts our country at risk. When China and Russia decide to attack us, we need to be able to put fuel in our jets and ships. That would not be a good time to have to go back to Saudi Arabia and beg for oil.

We should utilize a full arsenal of energy from electric cars and a grid to supply the power. Utilize our oil, wind, natural gas and coal. Once our country can do everything without oil or coal, then we can move on from those resources. Being dependent on getting them from foreign nations doesn’t make sense, especially when we have the resources.

A loaf of bread will eventually cost Americans their 8.9% Social Security increase. Ukraine has been one of the world’s leading providers of wheat. Having Russia in control of Ukraine, a major source of the bread supply, along with their major supply of natural gas is bad news for the world.

The Crimea bridge that was recently bombed between Russia and Ukraine should have been bombed on day one by Ukrainians. Ukraine must do whatever it takes to thwart Russia’s ongoing destruction of their country. The news has been filled with fear that Russia will go nuclear in their efforts. When the nations start hurling nuclear bombs you won’t need to worry about gas, groceries and cost of living adjustments because this planet can only take so much.

Keep in mind there is still something you can do to make a difference – vote. Clear your calendar for voting. If you don’t vote then don’t complain about our government, inflation, rising interest rates, gasoline prices and more. I know it doesn’t feel like your one vote matters, but it truly counts. The only way you can bring about change is to clear your schedule, take the time, and vote.