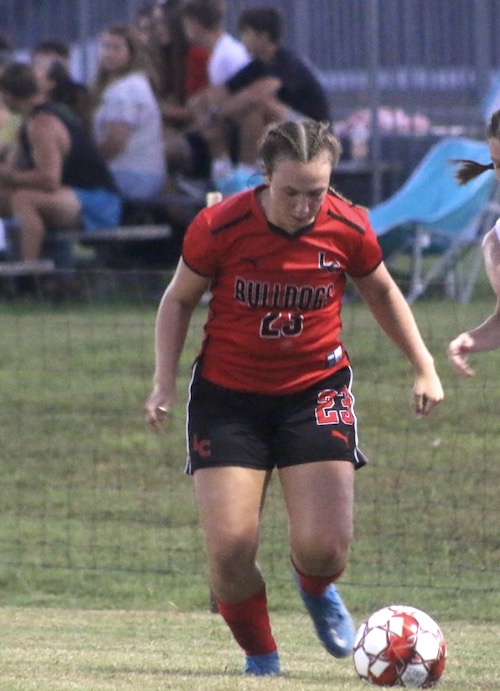 Juniors Leandra Curnutte scored twice and Maggie Johnson scored once to propel the SoccerDawgs to another District title game.

Maggie Johnson scored one goal in a District victory over Belfry. 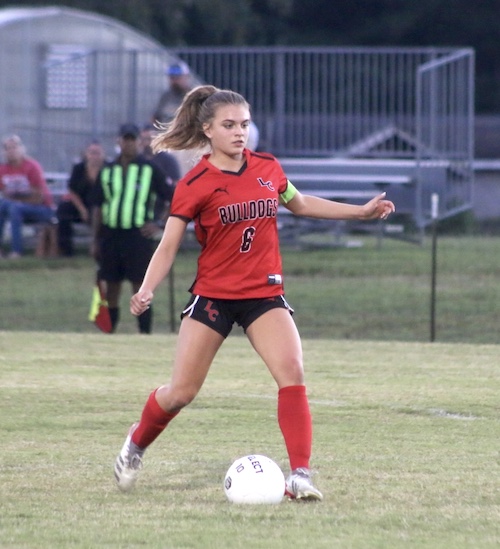 “… What a game last night. Belfry came out ready to play and gave us all we wanted and then some. When they scored I knew we had to answer quick to take the momentum back. Just a few minutes after their score we answered. Leandra Curnutte done what she has done all season long and out hustled them and drive down to give us the tying goal. Later on in the half we had two corner kick opportunities and capitalized on both of them when Molly McClanahan put Brylee Blair’s corner kick back into the box and Curnutte finished one and Maggie Johnson scored the other.

“… Up 3-1 going into the half we knew this game wasn’t over. Belfry came the second half reenergized and really kept the ball on our defensive end for most of the half. We were able to hang on for a 3-2 win. Give Belfry credit they didn’t let down and wanted the win as badly as we did.”

“… We will play Prestonsburg tonight at 6:00 for a chance at a district championship! Anyone that can come out and support both girls and boys at Belfry would be greatly appreciated.”