Tolsia falls to Tug Valley on Homecoming night; Coach looks for improvement in remainder of season 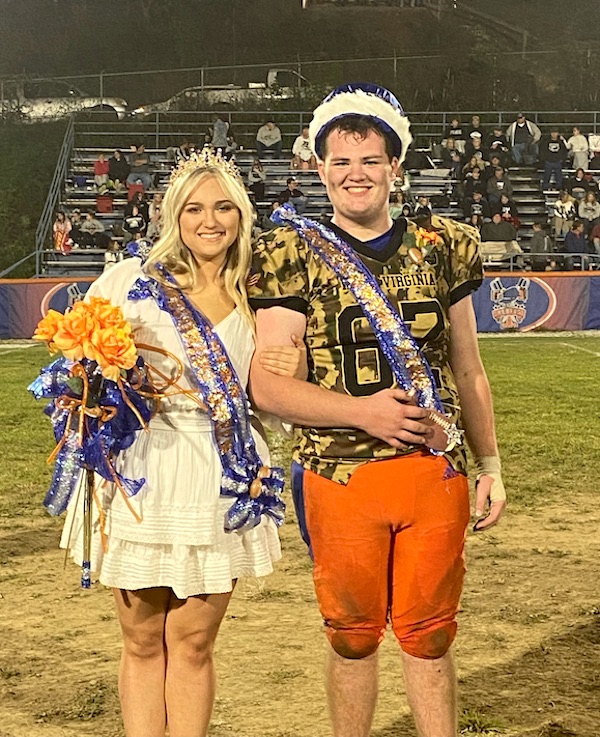 Tug Valley opened up the scoring with a Elijah Fluty to Bryson Eli 15 yard touchdown pass with 10:33 left in the first quarter.

The Panthers made it 12-0 on a Adam Slone 28 yard TD just a couple minutes later.

On the first play of the second quarter Tolsia QB Luke Williamson threw a perfect strike to David Dingess who raced 66 yards for a touchdown and Miguel Camara kicked the PAT and it was Tug Valley 12-7.

Luke Williamson looks to pass versus Tug Valley on Homecoming night at Tolsia. 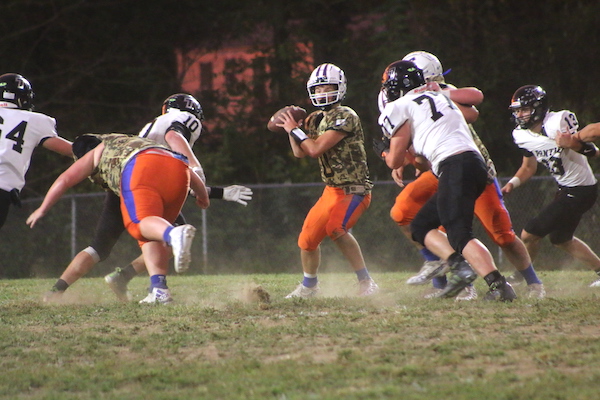 Fluty connected with Julian Vance on a 3 yard TD and Aiden Bosserman booted the PAT with 4:24 left in the third.

Austin Smith scored from 4 yards out and Bosserman kicked the extra point to set the final score of 44-7 late in the third quarter. 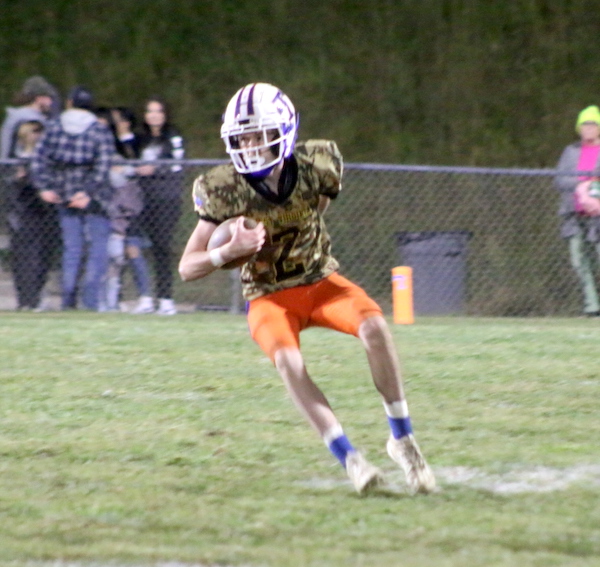 Levi Parsley was the leading rusher for the Rebels with 46 yards on 9 attempts.

Jayson Vanhoose had an interception for the Rebel defense.

The Rebels will return to action Friday night when they host Mingo Central ( 1-4 ).

Tug Valley will be off next week before traveling to Mount View ( 1-4 ) October 14th.

“… Turnovers have cost us all year long and it did tonight as well. Down 18-7 driving around the 30 yard line and throw a pick and they score right before the half and we didn’t recover. Been the story of our season so far.”

“… We are trying to change the culture here and it has been tough so far. I think we are making little improvements each week but still have a long way to go. Our schedule the first half of the season has been brutal.”

“… Thought our kids played hard throughout the game and never gave up. We are battling injuries at key spots and having to play kids out of position as well. We are trying to build the culture back to what it used to be and that takes time.”

“… Our schedule the second half should be some games we can be in and hopefully get over the hump and pick up some wins.”