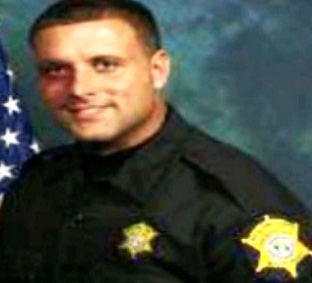 FROM LAWMAN TO TO LAW VIOLATOR: BEN FIELDS 36, OF WHITESBURG, KY., WAS INDICTED LAST WEEEK BY A LETCHER COUNTY KY GRAND JURY, FOR MULTIPLE OFFENSES IN CONNECTION TO ALLEGEDLY COMMITTING SEX CRIMES VIA COERCION AGAINST A FEMALE PRISONER UNDER HOUSE ARREST.

A former Letcher County deputy sheriff has been indicted on multiple felony charges, according to a press release statement from the Office of the Kentucky Attorney General, Daniel Cameron.

The indictment states that from July 2021 through January 2022, Ben Fields tampered with the female prisoner’s monitoring device and knew that person was in custody under house arrest. He did this during his time as deputy sheriff, and/or as an employee of a company that was under contract with the Letcher County Jail at the time.

The indictment also alleges that Ben Fields committed perjury by submitting a false statement in a criminal complaint.

In a civil lawsuit filed against Ben Fields back in the spring of this year, the female victim alleges that while he was acting as a deputy, Ben Fields forced her to exchange sexual favors for leniency.

Ben Fields was fired in February 2022, from the Letcher County Sheriff Officer, for conduct unbecoming of a deputy.