SUSPECT CONVICTED OF THREE RAPES INVOLVING JUVENILES IN DECADES PAST 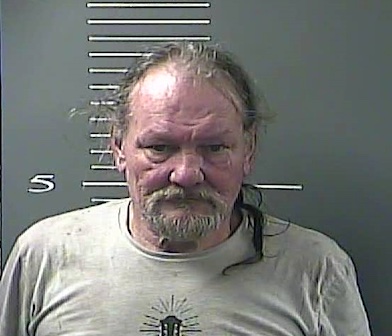 A sex-offender out of Breathitt County was arrested during this last week after law enforcement officials discovered he was living illegally in Lawrence County.

According to the Kentucky State Police Post 14 in Ashland, KY., they received a report on early Wednesday night, September 28, that Buck Miller, 66, was living at a home on Route 707 outside of Louisa, near the Boyd County line, instead of in Vancleve, KY., in Breathitt County, as he had reported to the sex offender registry.

When state troopers found him at the Lawrence County address, he told them he had only been there a week, helping with home repairs. But the resident of the home told troopers Buck Miller had been there for five or six months.

Buck E. Miller was arrested by KSP trooper Wesley Music, and charged with failure to comply with sex offender registration. He was transported to and lodged in the Big Sandy Regional  Detention Center in Paintsville, KY. in Johnson County; where he currently remains incarcerated.

Buck Miller was found guilty of one count of rape in Powell County, KY. in 1979; and two counts of rape in Lawrence County in 1996. The victims in those cases were 12 and 16 years old.

The arrest of Buck E. Miller marks the second time in two weeks that a registered sex offender whose address was listed in a different Kentucky county but the person was discovered living illegally in Lawrence County.

On Saturday September 10, a fugitive registered sex offender who had remained elusive for more than a year, was was arrested in Lawrence County.

Joey Nathan Dickerson, 41, of Louisa, who is also known as Joey Rife, was arrested by deputy Travis Music of the Lawrence County Sheriff Office.

Joey Dickerson reportedly listed his current address as being in Louisa, but that is nearly 100 miles away from the address he last gave police authorities, which was listed as 758 Stockton Road, Wallingford KY., 41093, which is located in Fleming County.

Joey Dickerson was indicted for failing to comply with sex offender registration in June 2021. He has been considered a fugitive since failing to show up for his arraignment more than a year ago.

Joey Dickerson was placed on the state police sex offender registry after pleading guilty to third-degree rape, a Class D felony, which carries a prison sentence range of one to five years, in a case in 2010 in Magoffin County, KY. The victim in that case was 13 years old