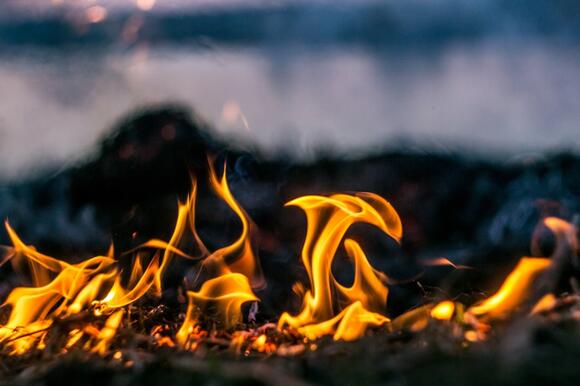 (WOWK) — Oct. 1 marks the beginning of new burning laws for West Virginia, Ohio and Kentucky, which comes with its own set of laws and rules. Do you know them?

In West Virginia, fire restrictions start on Oct. 1 and at the end of the year on Dec. 31. According to the West Virginia Division of Forestry, fires are allowed from 5 p.m. to 7 a.m. If you start a fire during that time frame, they say the fire must be completely extinguished by 7 a.m.

They say you can burn during prohibited times in two cases: using a small fire for food preparation, warmth or light where all flammable objects are at least 10 feet away from the fire, or when the ground around the burning site has at least one inch of snow or more.

Late West Virginia-icon Woody Williams’ birthday on SundayTo burn during prohibited times for commercial or business use, a permit needs to be obtained from the Division of Forestry at this website .

The website says fines for forest fires, “due to negligence,” can be up to $1,000 with an additional civil penalty of $200.

The Ohio Department of Natural Resources says fire restrictions are in place in October and November. Fires are allowed from 6 p.m. to 6 a.m.

They say local governments or fire departments could have localized burn rules and people could be held liable for damages caused by a fire during prohibited times.

The Ohio DNR says, instead of burning waste, you can use an alternative method, like composting.

Kentucky’s Energy and Environment Cabinet says, from Oct. 1 to Dec. 15, it is illegal to burn anything within 150 feet of woodland or brushland from 6 a.m. to 6 p.m.