District tournament at Belfry next week 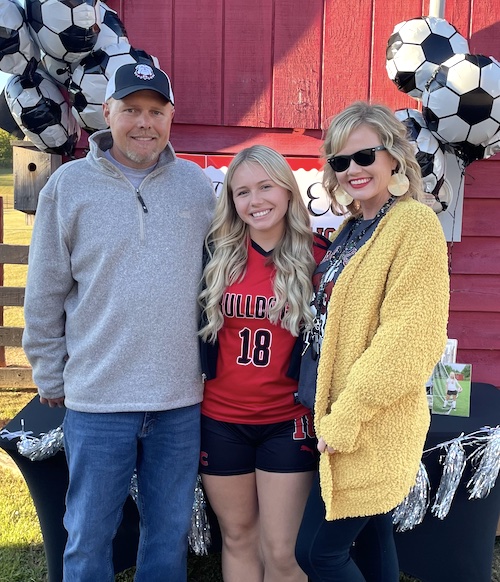 The SoccerDawgs improved to 9-6 with the victory over Pikeville with Senior Brylee Blair netting both goals.

Lawrence Co. will open postseason play against the Winner of the Belfry and Shelby Valley matchup on Wednesday at Belfry in the 58th District tournament.

“… Senior night for our lone senior Brylee Blair was amazing. Brylee had her best game of the season scoring both goals in her last game playing at LC Soccer complex. We had been playing without two key starters in Maggie Johnson and Abby Nelson for a few games and had been struggling to get things going. They returned to the lineup last night and was a huge help defensively.”

“… We told the girls that we are all back to 0-0 starting next week with the district tournament. We have a first round bye and will more than likely play Belfry on Wednesday night. We split with them this year with both games being 4-1.”

“… We are looking forward to having everyone back healthy and bring another 58th District trophy to Lawrence Co.”