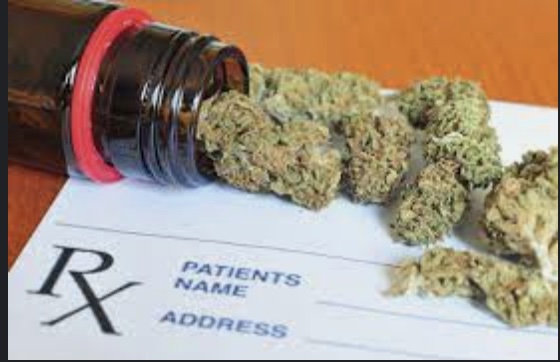 Governor is applying Kentuckians’ feedback to inform next steps

FRANKFORT, Ky. (Sept. 30, 2022) – Kentuckians agree that it is past time for the commonwealth to take action on legalizing medical cannabis, Gov. Andy Beshear said today as he released a summary of the feedback obtained by his Medical Cannabis Advisory Committee.

As a supporter of legalizing medical cannabis for those suffering from chronic conditions, like our veterans with post-traumatic stress disorder (PTSD), the Governor formed the Team Kentucky Medical Cannabis Advisory Committee to travel the state and listen to Kentuckians’ views on the topic after the state legislature failed to pass legislation earlier this year.

“Polling suggests 90% of Kentucky adults support legalizing medical cannabis. Our team traveled the state to talk directly to Kentuckians, and they found our people do indeed overwhelmingly support it,” Gov. Beshear said. “I appreciate the work of those who participated, and I am taking this information into consideration as I analyze what steps I can take to legalize medical cannabis for those suffering from chronic, debilitating medical conditions.”

The Governor said the summary from the committee included these key findings:

Kerry Harvey, co-chair of the committee and secretary of the Justice and Public Safety Cabinet, noted the advisory committee did not hear any opposition at their town hall meetings.

“Everyone who spoke supported legalizing medical cannabis in Kentucky,” Harvey said. “We heard from many Kentuckians that use cannabis for its beneficial medical effects but can only do so by breaking the law as it now exists. Many of these Kentuckians must leave the commonwealth to legally obtain medical cannabis in one of the 38 states where it is legal.”

Attendees of the town hall meetings recounted finding relief from medical cannabis after living with chronic symptoms for many years. These Kentuckians reported an increased ability to engage in the activities of daily living after using cannabis. For them, medical cannabis proved effective, while other treatments, such as opioids, did not.

“Our nation is dealing with a critical crisis from the overuse of addictive opioids. The people we heard from are looking for pain relief that allows them to live useful, productive lives,” said Ray Perry, co-chair of the committee and secretary of the Public Protection Cabinet. “We heard about family trauma stemming from unresolved pain and addictive painkillers. We also heard the frustration that politics deprives them of legal access to an efficacious treatment available to an overwhelming majority of Americans.”

Military veterans attending the town halls emphasized the benefits of cannabis in reducing PTSD symptoms. Some described the inability to sleep because of the disorder, while others reported being prescribed numerous medications to ease pain, treat anxiety, sleep or move their joints fully.

A veteran from Northern Kentucky, who served in both Iraq and Afghanistan, described his daily struggle after being prescribed 13 medications that weren’t effective, which left him contemplating suicide. After turning to cannabis, he said, “Within a year, I didn’t drink and was off 12 of the 13 medications. I still have all those injuries and disabilities, but I can function. I can live. I can have friendships and conversations again.”

In addition to the town hall meetings, the state’s medical cannabis website allowed Kentuckians to submit their opinions online. The website received 3,539 comments, 98.64% of which expressed support for legalizing medical cannabis in Kentucky.

Visit medicalcannabis.ky.gov for a list of advisory team members, which includes Kentuckians with experience in health care, treatment of opioid use disorder and other diseases of addiction, law enforcement, criminal justice and advocacy for medical cannabis.