Basketball is Most Streamed Sport in Kentucky

Basketball is the Most Streamed Sport in Kentucky

According to the sports streaming trends in the US, football and basketball are at the top of the popularity list in America. 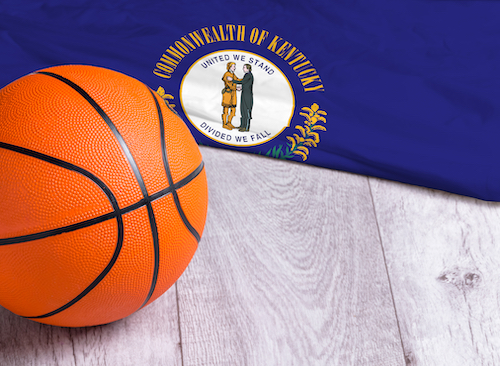 On that note, did you know that college basketball is seen as the sport of choice for most Kentucky natives? Kentucky fans are widely held to be a breed of their own, and Kentucky is seen as the ‘Harvard and Yale’ of basketball throughout the US. We’re sure this doesn’t surprise any resident sports fans, but broken down to the stats, it’s actually a surprising phenomenon.

This often leads sports fans elsewhere to wonder why Kentucky residents are so rabid about their fandom. Why do we do things like ax a great coach after one bad season, even when they’ve otherwise performed so well? Why do we worry about records and milestones?

Let’s be honest for a moment. Almost from birth, Kentucky kids are raised to be blue or red- and we’re not talking politics! Perhaps it’s not all that surprising when you consider that we don’t have much other sports action going for us. We’ve got a major horse race, sure, but that happens once a year- not the stuff sporting legends are made of! And we don’t have a lot of professional sport on the ground either.

Now pair that up with the staggering local record for producing greats. Great players, great coaches- can you say, Adolph Rupp, Rick Pitino, Eddie Sutton, and Joe B. Hall, right? Kentucky is a state where 44SEC titles and seven championships are seen as run-of-the-mill and to be expected. Is there any surprise, then, that Kentucky basketball fans are bastions of knowledge about their teams when they grow their whole lives watching them succeed and sharing the highs and lows with them?

Some call Lexington fans crazy, and maybe they are – just a little. But when your hopes of success rise and fall with sportspeople’s performance, can you really blame them? Kentucky is a place with a rich basketball tradition, packed with accomplishments, so it’s only natural that they care strongly.

We’d even go as far as saying that Kentucky residents are some of the most knowledgeable about the game anywhere in the world. Sit down in a stadium here, and you’ll be surrounded by people who know the sport in and out. No part-timers here! Maybe we all hassle the refs and players a little, but we all know a good call from a bad one. And we’re (mostly) gracious in accepting losses from our favorites, as long as the match was well played. Kentucky doesn’t accept mediocrity from its teams, however, and wants the very very best from its programs and teams. Setting high standards only brings out the best in everyone.

The Rise in Live Sports Streaming

Let’s take a moment, however, to remember how new sports streaming is. There was once a time of day where you had to turn to broadcast and pay TV to keep up with local sports events. Then the pandemic hit, and we’ve seen a boom in resident streaming services.

For a while, that just meant ‘Netflix.’ Great to chill to, not so good for sports fans. However, we’re seeing an increasing move by streaming providers into sports arenas, partially led by the success of Disney-owned ESPN+. Luckily for Kentucky Residents, ESPN can broadcast many of the local games, too.

In fact, the ability to stream live sports events is becoming more important to people when deciding whether to hold a specific streaming subscription service, especially as budgets get tighter and we all start looking at how to pull back and tighten our belts.

Some of the World’s Most Watched Sports

What might stagger people from the state to know is that both the NCAA and the NBA are two of the most watched sporting events in the world. In 2022 alone, the NCAA attracted 18.1 million viewers, carefully watching these rising stars as they hone their skills on the court and bring home the bacon. Sure, Kansas won for that year- but it was a great experience watching everyone try their utmost and duke it out for the title.

The NBA, with a higher profile globally in the basketball world, didn’t actually manage to get a higher percentage of viewers. For 2022, we saw peak viewership of 16.9 million, despite this being the professional arena of choice for basketball playoffs. Maybe it was homegrown Kentucky fans who opted to tune out as the finals came down to California vs Boston, for a win for California this round.

Just to give a local shout-out to our other favorite sport, the Kentucky Derby manages to crack the list of most watched sporting events, too. It even beats out the NCAA, but only just, having attracted 19 million viewers for the high-stakes horse race. When you think that Wimbledon, possibly one of the most iconic tennis events to ever exist, only attracts about 7.5 million viewers, one thing is clear- Kentucky may be the spiritual home of basketball, but we aren’t the only state that enjoys watching it! Plenty of other people are just as enraptured by the fast pace and chilling situations this dynamic sport regularly throws on the table. After all, we do love a good party, and our state fair is always a drawcard.

While you may find family, friends, and knowledgeable folks down at your favorite sports bar bitterly divided when it comes time to support their favorite team, the love of all things basketball is a poignant uniting force in the state. Nowhere else in the world will get so many people enraptured by a college sport with such high stakes. So, basketball fans looking for a great place to call home will love Kentucky! You’ll be at home in a sea of fans who love the sport as much as you do- and the Bluegrass State has many other wonderful things to welcome too. Just don’t support the wrong team if you don’t want to be teased mercilessly!