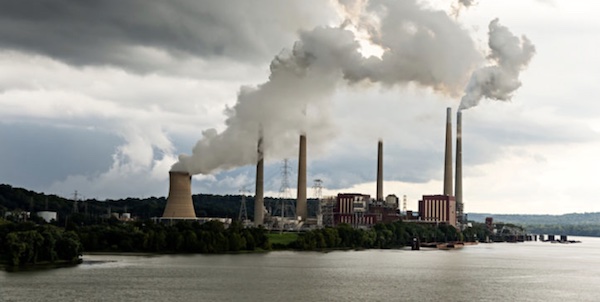 COLUMBUS, Ohio, Sept. 30, 2022 – American Electric Power (Nasdaq: AEP) has signed an amended agreement on the sale of its Kentucky operations to Liberty and expects to close on the sale in January 2023 following approval of the transaction from the Federal Energy Regulatory Commission (FERC), which is due by Dec. 16. The amendment has no impact on AEP’s planned equity needs or operating earnings guidance.

Upon close of the sale, Liberty will acquire AEP’s Kentucky operations by purchasing all the stock of Kentucky Power and AEP Kentucky Transco for a reduced price of $2.646 billion. AEP expects to receive approximately $1.2 billion in cash, net of taxes and transaction fees. The company anticipates recording a pre-tax GAAP loss ranging from $180 million to $220 million in the third quarter of 2022 as a result of the amendment and the change to the expected timing of the completion of the transaction.

“I want to thank the employees in Kentucky for their continued focus on delivering safe and reliable power to customers. This sale will provide significant benefits to customers in eastern Kentucky to help offset volatile fuel prices and support economic growth. It also will support AEP’s ability to invest in projects throughout our regulated businesses that will enable the move to a clean, more reliable and resilient energy system,” said Nicholas K. Akins, AEP chair and chief executive officer.

“The updated timeline for closing the sale will not have an impact on our planned equity needs or the operating earnings guidance we have provided,” said Julie Sloat, AEP president and chief financial officer. “We look forward to receiving approval from FERC and completing the transaction to allow the customer benefits to begin flowing.”

AEP also announced that Brett Mattison, president and chief operating officer (COO) of Kentucky Power, has been named president and COO of Southwestern Electric Power Company, effective Jan. 1. Mattison succeeds Malcolm Smoak, who is retiring from the company at that time. Liberty previously announced David Swain will lead the Kentucky operations when the transaction is finalized. Liberty is the regulated utility business of Algonquin Power & Utilities Corp. (NYSE: AQN).

This report made by American Electric Power and its Registrant Subsidiaries contains forward-looking statements within the meaning of Section 21E of the Securities Exchange Act of 1934. Although AEP and each of its Registrant Subsidiaries believe that their expectations are based on reasonable assumptions, any such statements may be influenced by factors that could cause actual outcomes and results to be materially different from those projected. Among the factors that could cause actual results to differ materially from those in the forward-looking statements are: changes in economic conditions, electric market demand and demographic patterns in AEP service territories; the impact of pandemics, including COVID-19, and any associated disruption of AEP’s business operations due to impacts on economic or market conditions, costs of compliance with potential government regulations and employees’ reactions to those regulations, electricity usage, supply chain issues, customers, service providers, vendors and suppliers; the economic impact of escalating global trade tensions including the conflict between Russia and Ukraine, and the adoption or expansion of economic sanctions or trade restrictions; inflationary or deflationary interest rate trends; volatility in the financial markets, particularly developments affecting the availability or cost of capital to finance new capital projects and refinance existing debt; the availability and cost of funds to finance working capital and capital needs, particularly if expected sources of capital, such as proceeds from the sale of assets or subsidiaries, do not materialize, and during periods when the time lag between incurring costs and recovery is long and the costs are material; decreased demand for electricity; weather conditions, including storms and drought conditions, and AEP’s ability to recover significant storm restoration costs; the cost of fuel and its transportation, the creditworthiness and performance of fuel suppliers and transporters and the cost of storing and disposing of used fuel, including coal ash and spent nuclear fuel; the availability of fuel and necessary generation capacity and the performance of generation plants; AEP’s ability to recover fuel and other energy costs through regulated or competitive electric rates; the ability to transition from fossil generation and the ability to build or acquire renewable generation, transmission lines and facilities (including the ability to obtain any necessary regulatory approvals and permits) when needed at acceptable prices and terms, including favorable tax treatment, and to recover those costs; new legislation, litigation and government regulation, including changes to tax laws and regulations, oversight of nuclear generation, energy commodity trading and new or heightened requirements for reduced emissions of sulfur, nitrogen, mercury, carbon, soot or particulate matter and other substances that could impact the continued operation, cost recovery, and/or profitability of AEP’s generation plants and related assets; the risks associated with fuels used before, during and after the generation of electricity, including coal ash and nuclear fuel; timing and resolution of pending and future rate cases, negotiations and other regulatory decisions, including rate or other recovery of new investments in generation, distribution and transmission service and environmental compliance; resolution of litigation; AEP’s ability to constrain operation and maintenance costs; prices and demand for power generated and sold at wholesale; changes in technology, particularly with respect to energy storage and new, developing, alternative or distributed sources of generation; AEP’s ability to recover through rates any remaining unrecovered investment in generation units that may be retired before the end of their previously projected useful lives; volatility and changes in markets for coal and other energy-related commodities, particularly changes in the price of natural gas; changes in utility regulation and the allocation of costs within regional transmission organizations, including ERCOT, PJM and SPP; changes in the creditworthiness of the counterparties with contractual arrangements, including participants in the energy trading market; actions of rating agencies, including changes in the ratings of debt; the impact of volatility in the capital markets on the value of the investments held by AEP’s pension, other postretirement benefit plans, captive insurance entity and nuclear decommissioning trust and the impact of such volatility on future funding requirements; accounting standards periodically issued by accounting standard-setting bodies; other risks and unforeseen events, including wars and military conflicts, the effects of terrorism (including increased security costs), embargoes, naturally occurring and human-caused fires, cyber security threats and other catastrophic events; and the ability to attract and retain the requisite work force and key personnel.