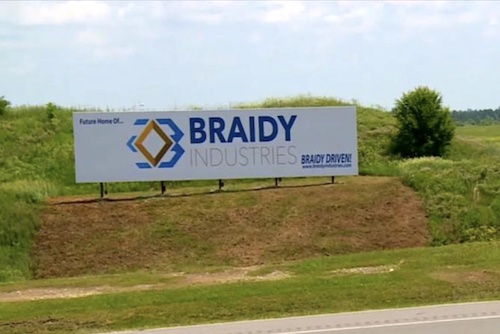 The Governor said that the land, which was previously acquired as part of the proposed project, would also be donated back to the local communities to be used for future economic development opportunities as part of a larger land transaction being negotiated.

“This announcement has been a long time coming, and I want to recognize members of this administration and Commonwealth Seed Capital, as well as Unity Aluminum, for coming together to do what is right for the community and Kentucky by returning these funds to the commonwealth,” Gov. Beshear said. “Given the current economic momentum we are experiencing across the state, I am confident we will secure a significant project on the property, as it is a great site for a potential employer.”

The state’s investment has been returned to the Commonwealth Seed Capital. That group will now send the dollars to Kentucky Economic Development Finance Authority (KEDFA).

KEDFA will administer the funds in accordance with the funding appropriation, and unless otherwise directed by the General Assembly, the purpose of the funds is to facilitate a private sector investment of at least $1 billion in one or more locations in the commonwealth.

The $15 million direct investment by the state was approved in 2017 in connection with a planned investment by Braidy Industries to construct an aluminum mill in Boyd and Greenup counties. The project did not come to fruition and Braidy – now known as Unity Aluminum (Unity) – recently entered into a joint venture with Steel Dynamics Inc. (SDI).

In addition to the return of funds by Unity, at the joint venture between SDI and Unity has reached an agreement in principle to donate the property upon which the mill was to be built – approximately 205 acres and a spec building – to the original owner, the Northeast Kentucky Regional Industrial Authority. The parties also are negotiating the industrial authority’s acquisition of additional parcels owned by the company below the original acquisition cost.

“We have always been excited by the potential of Eastern Kentucky, and returning this land will help the communities realize this potential,” said Unity Senior Vice President Curtis Carson.

The acquisition of the additional parcels by the industrial authority is part of a regional Kentucky Product Development Initiative (KPDI) application submitted by five counties, which is currently under review alongside other sites submitted across the state. The property will be scored on the same criteria by an independent consultant as all other projects that have applied in accordance with the framework of the KPDI program.

“This has been a long process. We have, from the beginning, highlighted what this region, this regional industrial park and our people could represent to the business community and the world,” Gibbs said. “We appreciate the leadership of the Commonwealth of Kentucky, and we look forward to getting back to what we do best, working for a stronger economy for the people of Northeast Kentucky.”

The return of this investment to the commonwealth furthers recent economic momentum in Kentucky, as the state builds back stronger from the effects of the pandemic.

In 2021, the commonwealth shattered every economic development record in the books. Private-sector new-location and expansion announcements included a record $11.2 billion in total planned investment and commitments to create a record 18,000-plus full-time jobs across the coming years. Kentucky’s average incentivized hourly wage for projects statewide in 2021 was $24 before benefits, a 9.4% increase over the previous year.

In the past year, the Beshear administration announced the two largest economic development projects in state history. In September 2021, Gov. Beshear and leaders from Ford Motor Co. and SK Innovation celebrated a transformative $5.8 billion investment that will create 5,000 jobs in Hardin County. And in April of this year, the Governor was joined by leadership at Envision AESC to announce a $2 billion investment that will create 2,000 jobs in Warren County. These announcements solidify Kentucky as the EV battery production capital of the United States.

The economic momentum has carried strongly into 2022, with both S&P Global Ratings and Fitch Ratings upgrading Kentucky’s financial outlook to positive in recognition of the commonwealth’s surging economy.

And Site Selection magazine placed Kentucky at 6th in its annual Prosperity Cup rankings for 2022, which recognizes state-level economic success based on capital investments.