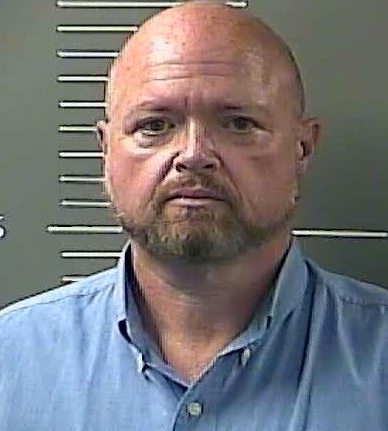 THE ULTIMATE VIOLATION FOUL: DARRIN PATRICK RICE, 54, OF WITTENSVILLE,, KY., WAS ARRESTED ON WEDNESDAY, SEPTEMBER 21, 2022, AFTER BEING INDICTED BY A JOHNSON COUNTY GRAND JURY ON CHARGES OF SEX CRIMES AGAINST A JUVENILE WHILE HE WAS THE GIRLS BASKETBALL COACH AT JOHNSON CENTRAL HIGH SCHOOL.

Many local residents of Johnson County Kentucky were stunned with news that spread quickly on Wednesday, after it was revealed that a former Johnson Central High School girls’ basketball coach was arrested on Wednesday September 21, after a Johnson County grand jury indictment was handed down against him alleging several sex crimes against a minor.

Johnson Commonwealth’s Attorney Tony Skeans reported the alleged offenses against the person named in the indictment identified as Darrin Patrick Rice, 54, of Wittensville, KY., who was charged with three class D felonies, which were:

Rice was the basketball coach of the alleged victim at Johnson Central High School  according to the testimony.

Tony Skeans said the offenses were perpetrated during a time in which Rice was in a position of authority over the juvenile victim, in statements to The Paintsville Herald.

“It was alleged that Darrin Rice engaged in those actions with a minor which he had come in contact with while in a position of special trust and/or authority,” Skeans said.

“I have no idea what his (Rice) bond was. Generally speaking, on class D felonies, you’d have a $5,000 full cash bond on those,” Tony Skeans stated. “I would say he could make any cash bond that could be reasonably set in these cases.”

Darrin Rice took over the Johnson Central girls’ basketball program in the 2012-2013 season.

Johnson County Schools Superintendent Thom Cochran released a statement on the matter, stating that the school would always strive to work with law enforcement to ensure the safety of its students.

“Johnson County Schools has learned that a former employee and girls’ basketball coach has been indicted on multiple counts of inappropriate conduct,” the statement said. “Our priority is the safety and welfare of all students. Although this deals with a former employee, we always strive to work with law enforcement and the community to protect each and every one of our students. Because this is an active Kentucky State Police investigation, all questions are referred to law enforcement officials.”

No date for Darrin Patrick Rice’s first court hearing has been confirmed at this time for now.

END OF THE LINE: A Tribute to The Allman Brothers Band to play the MAC