END OF THE LINE: A Tribute to The Allman Brothers Band to play the MAC 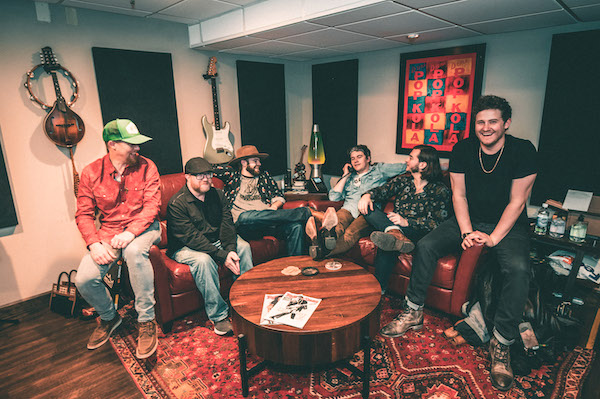 End Of The Line: A Tribute to The Allman Brothers Band to play the MAC

Prestonsburg, Ky. – One of the country’s most respected Allman Brothers Band tribute acts, End Of The Line, will play the Willard & Lucy Kinzer Theater at the Mountain Arts Center (MAC) on Saturday, November 5. They will be performing the iconic ABB album Eat A Peach in its entirety to celebrate the 50th Anniversary of its release. It will be the classic rock nostalgia group’s first visit to east Kentucky.

Appalachian rock/jam band veterans Down To The River will be the opening act for the evening.

Having carved up the Southeast with sold out shows, End Of The Line is making a name for themselves with a sound as classic and heavy as the original band. From the authentic, raspy vocal approach of Justin Smith to the chugging drums/percussion train of Chase Bader and Ryan McClanahan, the band pays homage while pushing the boundaries of the timeless and extensive catalog.

End Of The Line have been endorsed by the The Big House, the Official Allman Brothers Band Museum in Macon, Ga.

Rising guitar extraordinaire and soulful vocalist Marcus King continues to be one of their biggest fans.

“I remember being so impressed with the respect and reverence they had for this material. I recently sat in with them in Nashville almost a decade later and noticed that same dedication to honoring the material that I (like most of us) was spoon fed growing Up,” King stated.

“The Allman Brothers music is so special to me, and they do it more than justice. I found myself saying multiple times through the set, ‘They’re hitting every note’ and that’s exactly it, man, they’re hittin’ the note. Every time. Great band.”

In addition to King, notable sit-ins with the band throughout the years include Allman Brothers members Derek Trucks and Jack Pearson, who have also proudly endorsed the band.

End Of The Line: A Tribute to the Allman Brothers Band (with opening act Down To The River) begins Saturday, November 5 at 7:30 p.m. at the Mountain Arts Center in Prestonsburg, Ky.

Tickets range from $25-$18 and can be purchased at macarts.com, by calling 888-MAC-ARTS, or by stopping by the MAC Box Office.

The Mountain Arts Center is the premier performing arts venue in eastern Kentucky. It is operated between a partnership of the City of Prestonsburg and Big Sandy Community & Technical College. Located in the heart of the bloodline of the Country Music Highway, the facility features a 1,050-seat auditorium, conference/meeting facilities, instruction rooms and a state-of-the-art recording studio.  For more information, call 1-888-MAC-ARTS or visit macarts.com. 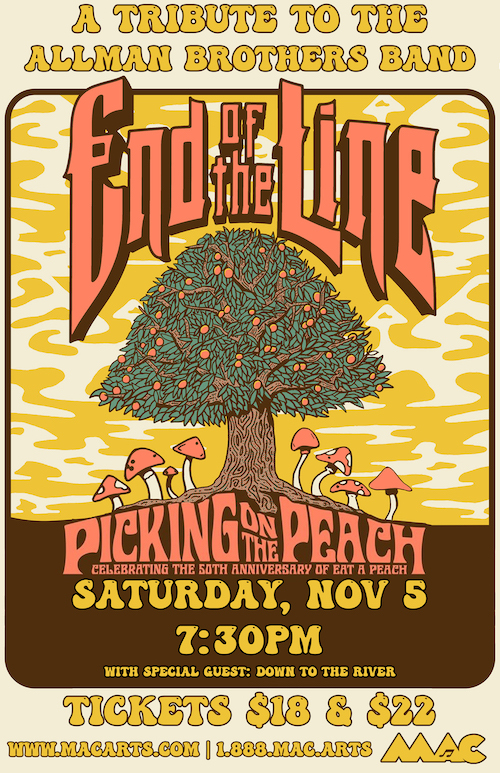