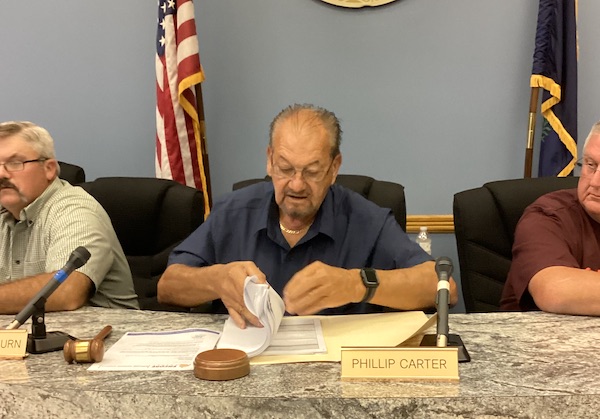 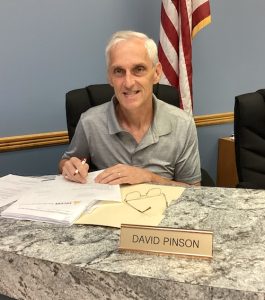 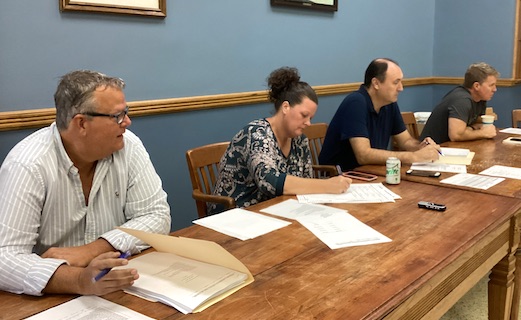 11. Approved Resolution & Agreement for Blaine Waterline Extension – Motion by David Pinson 2nd by Rick Blackburn. $40,000 project has been done, reimbursement for Lawrence County, Carter said after being asked the question from press row.  (No discussion)

14. Accepted LC Soil and Conservation District Annual Report – Motion by Rick Blackburn 2nd by Michael (Mouse) Halcomb. No representative from the taxing district was in attendance. No copies of the annual report were made available for the public. (No discussion)

15. Approved 1st Reading of Solid Waste 5 Yr. Plan – Motion by Michael (Mouse) Halcomb 2nd by Rick Blackburn. (No details of the required 5-year plan were discussed although Solid Waste director Joel Baldwin was in attendance at the meeting). (No discussion)

16. Appointed Wes Kingsmore to Health Board – Motion by Michael (Mouse) Halcomb 2nd by Rick Blackburn. This makes the third committee assignment for Kingsmore. (No discussion)

(Not on agenda –– Agreed to finish gas lines cover 1,000 ft from Wheeler Road (graveled) Peters Branch to Blaine to tie into gas lines. Motion by Pinson, second by Halcomb.

(Not on agenda — Surplus vehicle (Expedition) at Blaine fire dept. to be advertised on “FACEBOOK”  for sale, Carter said. (No discussion)

The next LC Fiscal Court regular scheduled meeting will be on Tuesday October 18, 2022 at 10AM at the LC Courthouse downtown Louisa, Kentucky. 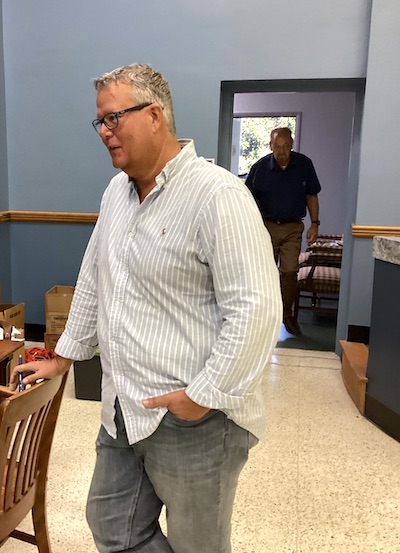 Vince Doty, right, is the LC Deputy Judge and Economic Development Director. Doty passed out flyers to members of the press for ‘Help Wanted’ ads for a proposed Bitcoin Operation to be located in Lawrence County but there was no announcement concerning the facility actually opening. The Bitcoin operation would be located on 53 acres of property beside the Kentucky Power operation on Rt. 23, Doty said earlier this year. He said then the company would employ as many as 200.  If you are interested in a job, scan the QR Code and apply before November 30, 2022, Doty said. 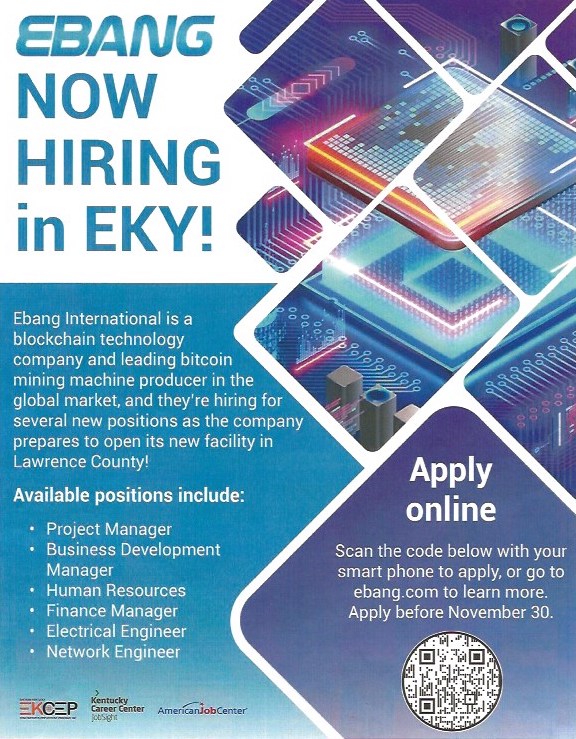