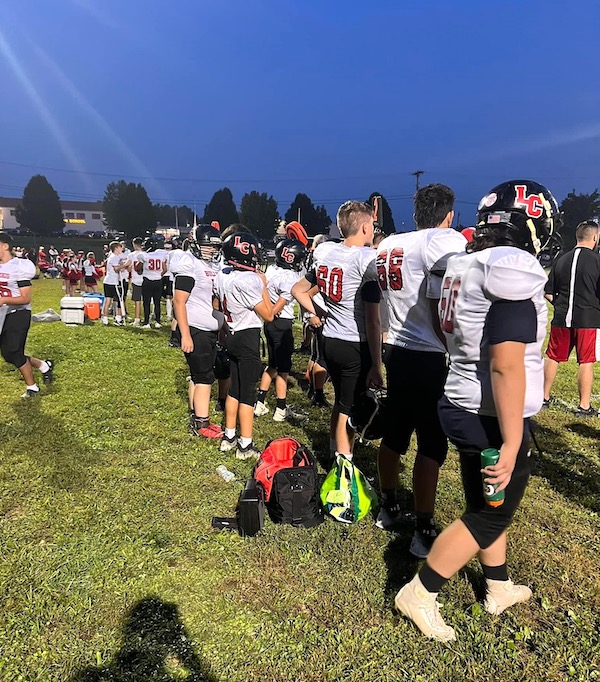 Once again, the Bulldogs defense obtained the “goose egg”. The Bulldog’s starting defense has given up only two touchdowns all season.  The defensive play of the night was defensive tackle Colbie Prince’s 40-yard fumble recovery return that was set up by a Hayden Thomas sack.

The Bulldogs will face the Raceland Rams at Raceland on Tuesday.

“Mark Muncie (Bulldog Defensive Coordinator) has our defense playing very physical and pursuing the ball. He and Coach Prince have done a fantastic job all year with them.

We were playing without Carlo Chicko and with some newer players and some players out of position, but they came to play. I was very impressed with the Russell quarterback who kept getting hit, but got up every time. He is a tough kid. Kaden Johnson is a great player and put us on his back with the two punt returns for touchdowns. We will get back to work trying to prepare for a great opponent in Raceland.”