LAWRENCE CO. WILL PLAY FOR A 2A STATE TITLE IN OWENSBORO

by Lazer Staff
in Sports
Share on FacebookShare on Twitter
Louisa, Ky. —  Lawrence Co. girls soccer ( 6-3 )  advanced to the Class 2A state tournament with a 3-2 victory over Perry Co. Central ( 6-5 ) last week at home. 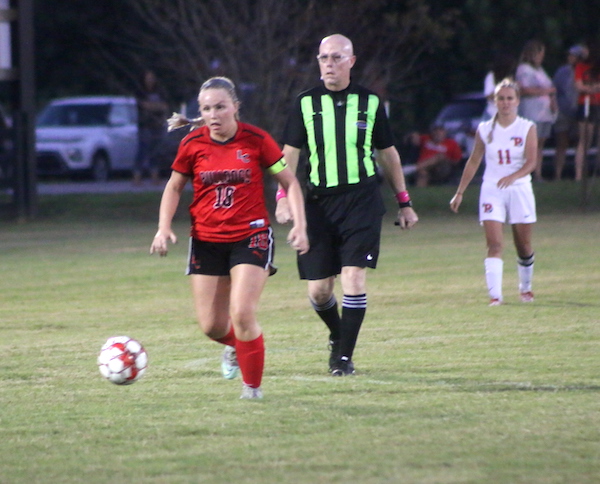 #6 Maggie Johnson scored once and assisted on a another goal against Perry Co. Central. 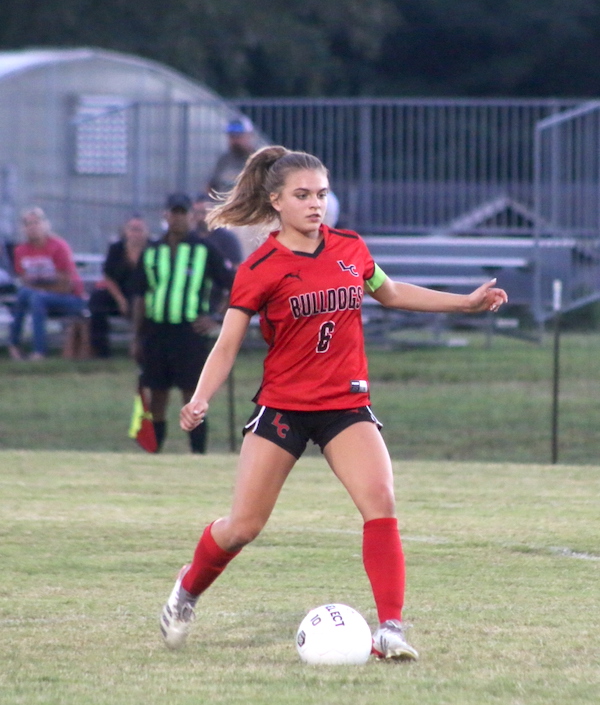 #15 Camber Maxie-Stepp had an assist versus PCC. 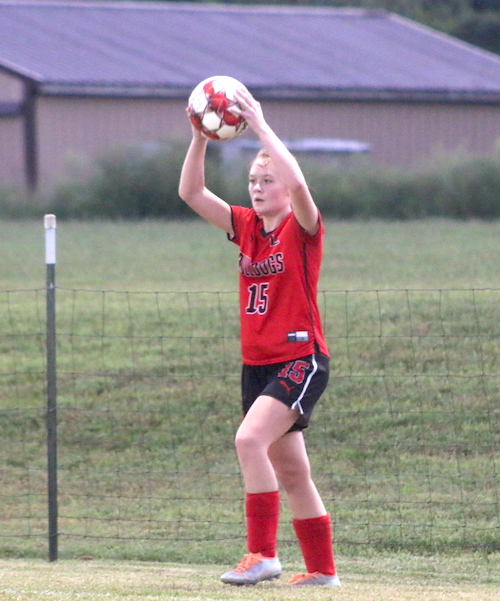 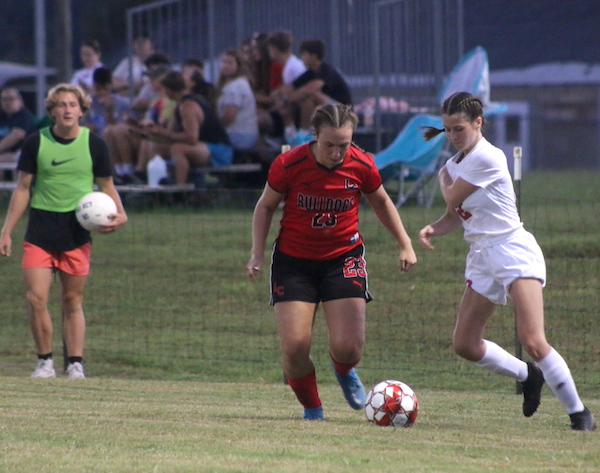 Goalkeeper Abby Maynard stopped six shots for the Bulldogs in the win.

The SoccerDawgs will face Bardstown ( 7-1-3 ) on Friday at Noon in Owensboro. 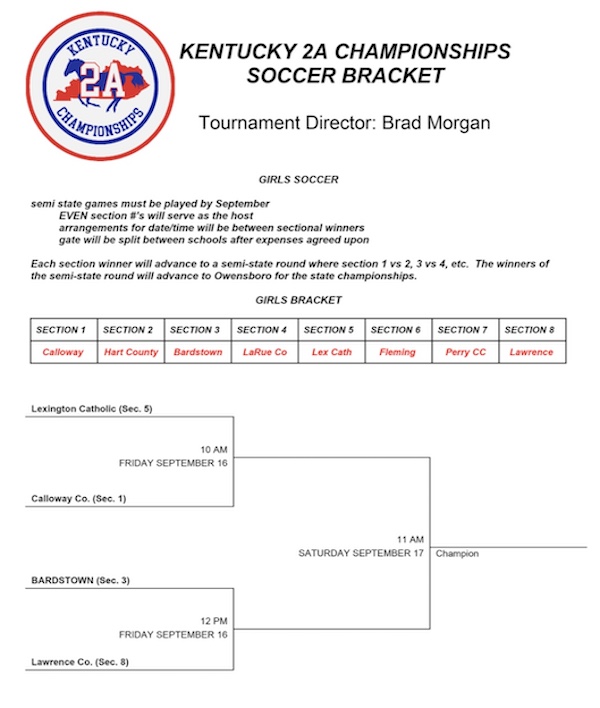 “… The game against Perry Co. Central we came out possessing and moving the ball very good. We took shot after shot throughout the game but were only able to put 3 in the net. I give credit to the entire team for limiting Perry’s chances. They scored 2 quick goals and went up 2-1 on us. After that we didn’t give up too many good chances. Our defense did a great job adjusting to their speed and our middle did a great job getting the ball played up field giving us chance after chance to score. With a 3-2 win in the semi-state game of the 2A is huge for LC girls soccer. I’m so proud of how hard this team works and can’t wait to get to Owensboro to have the opportunity to play for a 2A state title.”