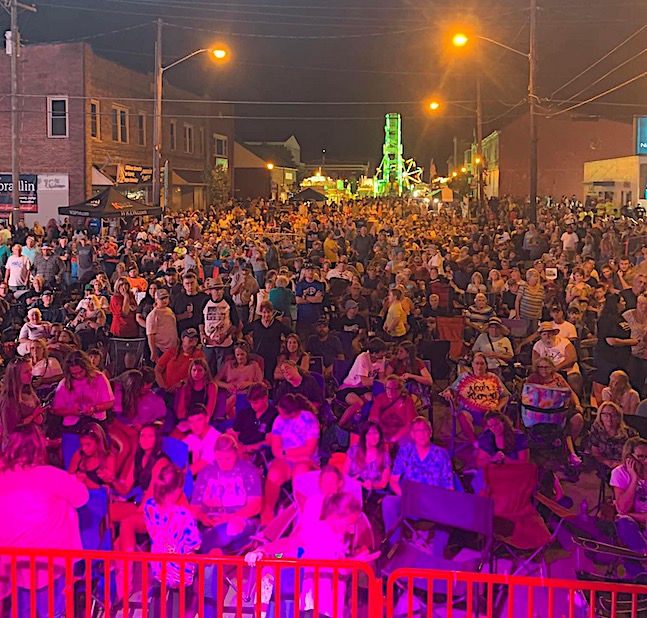 Saturday night’s performance by Tyler Childers alone packed the city business district and beyond with an estimated crowd of 15,000 — causing multiple parking problems and shoulder to shoulder contact  — for city police who handled it with no injuries reported and no arrests.

“…I want to take time to thank everyone that helped make this year’s Septemberfest a safe and enjoyable event. It took the coordination of many different agencies. First thanks to my officers who are some of the hardest working guys I know. Thanks to Ashland Police Department, Kentucky State Police, Lawrence County Sherriff Department, our county constables who all done fabulous securing the event. Thanks to Louisa Fire Department, Lawrence & Boyd County Emergency Management, several Boyd County fire department personnel, Patriot EMS all who done a awesome job providing first aid to any situation. Thanks to our 911 Center for juggling all the calls and getting us resources. Thanks to the Lawrence County Fair Board who loaned us their cattle gates and equipment to better secure the stage area. Hope I have haven’t left anyone off, but I truly thank each one of you for making this a huge success. 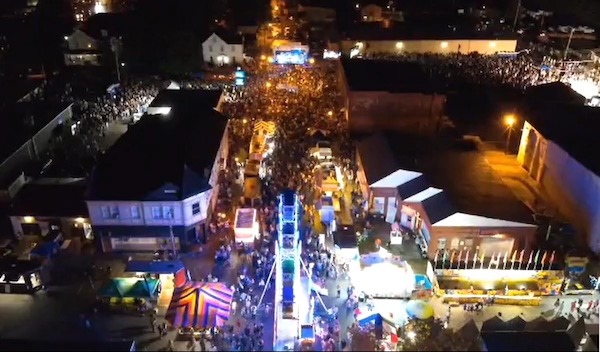 Despite the obvious success of this year’s festival, there were a couple hubbubs as Louisa First Baptist pastor Chuck Price said in his sermon Sunday morning.

“…Got a call that there was a party going on at the church Saturday evening and thought it was a birthday party or something but when I got there is was a Reggae band set up on a stage at the back of the church…there was marijuana smoking, alcohol and they were were having a big time,” Price said. “I asked them if they knew they were at a church and they said they thought it was a bank!

They were really nice about it and left as soon as I asked taking down their stage and all,” Price said. “They even gave me a $20 bill for the offering plate.”

Price said Louisa police responded but there were no arrests made. 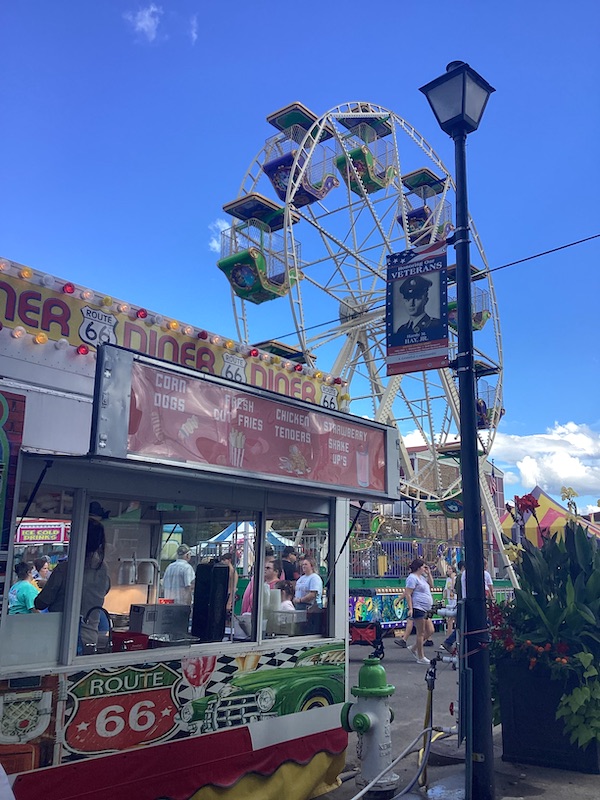 There were plenty of vendors selling food, crafts and offering rides in the carnival type atmosphere.

Most of the comments were positive on Social Media and everyone seemed to have a good time.

“… LCSeptemberfest was excellent this year. That was a dream team lineup of all hometown/county musicians. The city of Louisa and Lawrence County have proven once again why it is the gem of the Big Sandy.” –Kelley Baldridge

“Yesterday was my first September fest, I drove in from Cleveland to deliver something to family, I had a great time thank you all for all your hard work and dedication…”  –Becky Bracht

“Definitely went smoother than I imagined it would. With the size of the crowd and the lack of boundaries, I don’t think it could have went any better. I’ve seen some people complaining, but I think they must have had unrealistic expectations. Great job!”

Saturday’s parade was also the largest in Septemberfest history lasting more than 40 minutes from one end of town around and back to Food city.

Friday night’s lineup and beautiful weather brought out an estimated 5,000 to see 20th season American Idol WINNER Noah Thompson, and international bluegrass star Ricky Skaggs along with other local groups. The festivities continued with a Gospel Bluegrass show going on at City park and the Big Stage groups warming up while the midways was buzzing with rides going, Louisa Rotary bahama mama and Rotary hash, funnel cakes for $8 and so much more.

We are expecting a statement from Louisa mayor Harold Slone who did the yeoman’s part of the work booking locally raised talent and setting up the activities for this year’s festival. Yesterday on social media Slone and his family were out participating in the cleanup efforts with city workers and volunteers.

Louisa has hosted a giant party with class and united efforts from local groups — now,  how do we top this for 2023?