INSIDE POLITICS…Governor’s visit contained a promise!

Labor Day is a holiday for for people like us who work every day to better our lives and contribute to our society. Jobs are the lifeblood of our communities, counties, states and nation.

On Monday I sat near Governor Andy Beshear and listened to what he had to say about the state and particularly Lawrence County and I heard him say in no uncertain words that he will personally work towards placing a satellite plant — in Lawrence County — for the huge new electric project his administration has coming to the state. That would mean 250-300 or more jobs for Lawrence Countians and others who live nearby. The Governor said he noticed the area beside the Ky. Power Plant and remarked it was a great place for a plant.

Actually, the area has been designated for just that. After the demolition of most of Ky Power three years ago the company contractually agreed to provide the 50 acre plot for future development for industry.

Schools chief Dr. Rob Fletcher said the new $10 million vocational facility at LCHS can be used to train workers who will be ready to work at the new facility and many others should they locate here.

Politically, Beshear said even though he lost in Lawrence County last year, he thinks he may have a chance this year based on his record and former state representative Rocky Adkins’ help. Lawrence County has not voted for a Democrat Governor since the Obama effect and then Trump turned the county completely red  this past count.

His record is a good one in most anybody’s book with his handling of the Covid tragedy, tornados, floods and other disasters while still cooking up the economy.

Beshear has managed to attract a 6,000 job factory for making batteries for electric vehicles, a 4,500 job factory to manufacture electric charging stations and who knows how many jobs will come to Kentucky for the EV factory which is also on the way.

Except for the fact that most small businesses can’t find employees!

Of course we like to see out tax money come back to us and these were pretty good especially in Louisa for mayor Slone, who is a Democrat like Beshear, and whose city will benefit with the funding which will be used to build a new fire station and city hall if the city can match the $750,000; In Blaine, funds have been appropriated for the new sire station since the old station burned five years ago or more.

The street project leads past the softball field down towards Meadowbrook Drive with a turnoff at Gene Wilson Blvd. The current plans are premature and do not show the actual route of the sidewalk but this one takes a lot of my personal property so I was surprised to hear it mentioned in the meeting when I had never been contacted at all.

Fletcher and Slone assured me it was very premature and no actual work has been dome of this project…So, the cardboard check was fake, I guess. 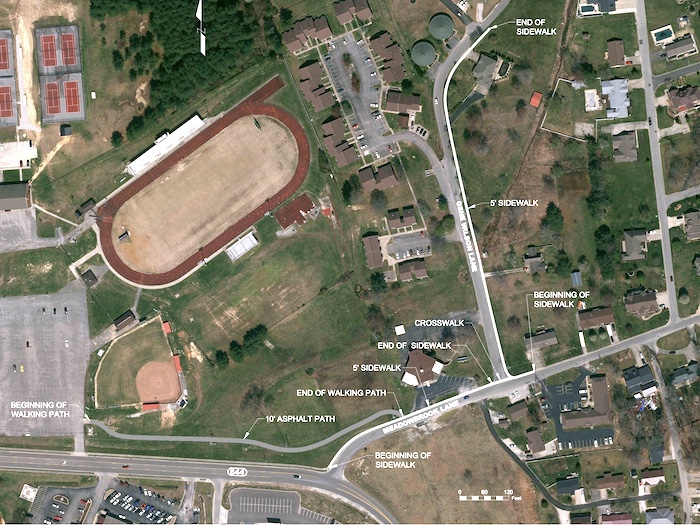 We had some great pics from the Governor’s Visit we wanted to share for Labor Day Click below!

Labor Day is held each year on the first Monday of September. It was originally organized to celebrate various labor associations’ strengths and contributions to the United States economy.

The first Labor Day was held in 1882. Its origins stem from the desire of the Central Labor Union to create a holiday for workers. It became a federal holiday in 1894. It was originally intended that the day would be filled with a street parade to allow the public to appreciate the work of the trade and labor organizations.

Nowadays, Labor Day is largely a day of rest. Many people mark Labor Day as the end of summer season and a last chance to make trips or hold outdoor events.

All government offices, schools and organizations and many businesses are closed.

Labor Day has become an important sale weekend for many retailers in the United States. Some retailers claim it is one of the largest sale dates of the year second only to the Christmas season’s Black Friday.

Ironically, because of the importance of the sale weekend, some of those who are employed in retail not only work on Labor Day, but work longer hours. More Americans work in the retail industry than an other, with retail employment making up 24% of all jobs in the United States.

Labor Day is also considered the last day of the year when it is fashionable to wear white or searsucker.

COME ON CARLY, DON’T BE A TIGHT WAD! 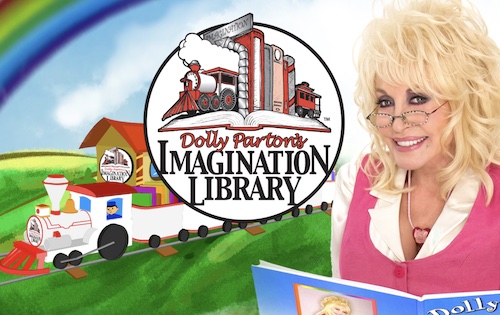 I wonder why the Louisa Library doesn’t pay for the Dolly Parton Imagination Library program for Lawrence County. The national program provides a book each moth for ALL children 1-5 years old free of charge. The literacy program is a huge success and only 15 counties in the state have failed to join. Most of them are in areas where libraries have managed to collect hundreds of thousands of dollars in tax monies. Lawrence County is one of the 15.

Lawrence County’s $10 million Library has lots of programs especially feeding, but no Dolly. Why?

Our reporter asked the local library’s programs director Denna Meade, who attended Louisa Rotary for the first time recently to see the presentation on the Dolly program, why Lawrence County Library does not sponsor the program and she said it was “too expensive” . Said it was $60,000 a year. But the fact is it probably would be less than $2,000 a year, if that.

Library Director Carly Pelphry did not respond to calls for comment.

Heard Chuck Price say from the pulpit Sunday that KSP has estimated the crowd expected at the Noah Thompson, Rick Skaggs, Tyler Childers filled Septemberfest with so many more acts to attract 25,000 to Louisa this weekend. For a city of 3,000 that’s a lot of visitors.

…Glad to see the city and county working together on lots of projects despite Louisa having a democrat mayor  (non-partisan position) and a Republican Judge and fiscal court. I can’t see much life left in the Democrat party here since the Trump Evolution, the death of Lafe Hinkle, and the majority takeover by the GOP. Did see former magistrate Gary Nelson, a staunch Democrat,  at the governor’s visit and he was saying Lawrence County needs to pass the nickel tax for the schools so we can keep up with all the other schools in counties around like Johnson and Martin getting new facilities. Dr. Fletcher recently told the Louisa Rotary that it is now a “dime tax” in order to raise enough local money to help bond any new schools. Nelson said we should still pass it to get a new school which would attract people to Lawrence County.