RUMOR HAS IT: TYLER CHILDERS AT HUGE 2022 SEPTEMBERFEST!

Will join Skaggs, Thompson as headliners for annual Louisa celebration 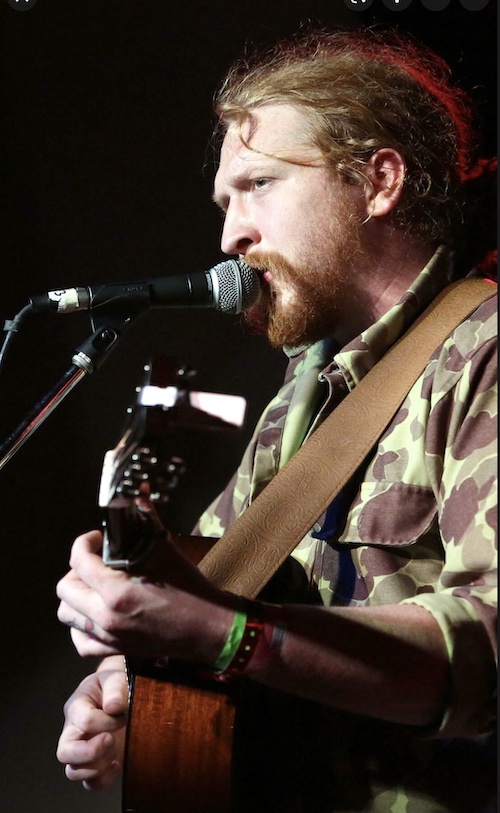 It was all over the courthouse and beyond today that the mysterious Saturday night guest at this year’s Septemberfest is locked in and he’s hometown favorite Tyler Childers!

For the past two weeks, since the Friday night lineup was announced for this huge bicentennial celebration was going to include hometown superstars Ricky Skaggs and Noah Thompson, the talk has been the icing on the Hometown Celebration cake would be if Childers’ schedule could be worked out to include Louisa on his 2022 Tour.

Unofficially, officially Louisa mayor Harold Slone is expected to announce Childers’ appearance at the ‘loaded’ 2022 Septemberfest tomorrow, Friday, in his office where he has booked a special lineup made up of Louisa and Lawrence County stars like Don Rigsby, Larry Cordle, Teddi and Bobby Cyrus, Luna and Laid Back Country (Chico Prince) and more. There will also be a special gospel singing this year for the first time.

Contractural obligations has kept the news about Childers under wraps for the past three weeks, a person close to Slone said today (Thursday).

Childers grew up in Lawrence County, Kentucky, with a father in the coal industry and a mother who worked as a nurse. As a boy, he sang for his Free Will Baptist Church congregation and learned a few chords on a guitar given to him by his grandfather. He absorbed the classic rock his father liked, along with country artists of the ‘80s, such as Alabama, Ricky Skaggs, and Hank Williams Jr. He started writing songs at 13 and occasionally played them for friends at parties. At 15, when his grandfather died, Childers turned to bluegrass as a way to remember him.

With this kind of musical versatility even as a teenager, Childers started pursuing weekend gigs, enabling him to get into local bars well before he turned 21. In 2011, he released an independent album, followed by a couple of live EPs, but it wasn’t until Purgatory in 2017 that he garnered international attention.

Childers has not appeared in Louisa in years so adding him to the Septemberfest activities is definitely a big feather in Mayor Slone’s hat. What a wonderful job of getting the hometown heroes back to celebrate Louisa’s 200th year as a city. 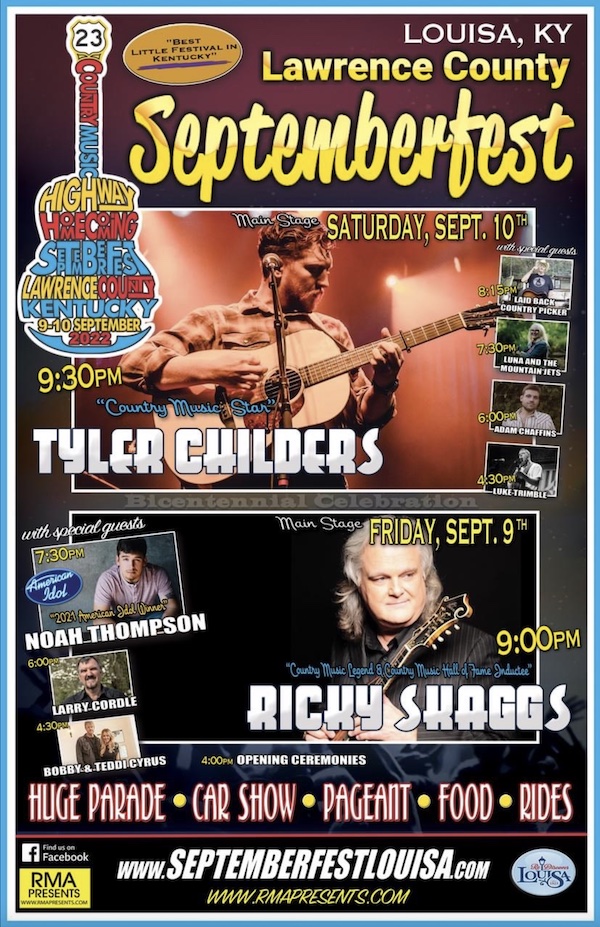 CLICK HERE TO SEE LINEUPS, ACTIVITIES AND OTHER INFORMATION