SOCCERDAWGS BEAT JOHNSON CENTRAL AND GREENUP CO. ON BACK TO BACK NIGHTS

HOST BELFRY SATURDAY IN THE CLASS 2A SECTION 8 TOURNAMENT 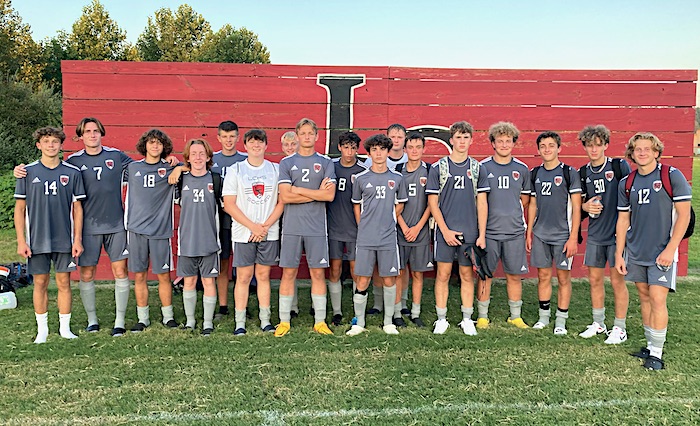 On Monday the Bulldogs trailed Johnson Central 4-0 before rallying for the 6-5 victory at home.

The SoccerDawgs will return to action at Noon on Saturday as they host Belfry in the Class 2A Section tournament.

“… We dug ourselves a hole very early in the JC game. Went down 4-0 after 23 minutes. It’s not the type of game teams usually recover in. We made every mistake possible in the beginning of that first half. But our boys battled back and were within 2 by halftime. We corrected some of the mistakes and just continued to cut away at their lead. We could sense the shift in momentum and the boys just continued to improve their play. With about 3 minutes left, Blake Maynard finalized the score at 6-5. It was a huge group effort and really defined this teams relentless nature.”

“… We came out with better energy against Greenup. I feel like we were able to control the game early and set the tone for the night. Greenup Co. put a lot of bodies behind the ball and it was difficult to score early. We just continued to pressure and work the ball around. We were able to find some holes and score. On the other side of the field, we had a great night defensively and were very effective at challenging every ball in the air and completing passes.”

“… We played a great game versus a good Ashland team. It was very even the whole game and Ashland was able to put one more in than us. It was not a game to hang our head over.”