BULLDOG SENIOR WILL LAFFERTY COMMITS TO MARSHALL TO PLAY BASEBALL

Lafferty had a great junior campaign at LCHS and then over this past summer really excelled playing all over the place in summer leagues and camps. Lafferty, who is also a standout basketball player for coach Thompson at LC.

He has played several positions on the diamond for veteran Bulldog coach Travis Feltner including several nice outings on the mound. He can also play the middle infield positions and the outfield. 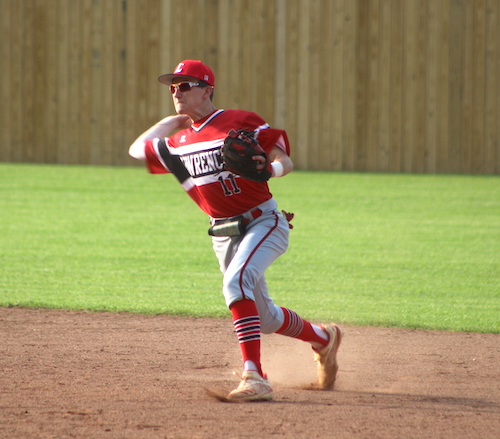 “…Ultimately it’s a great culture. I’ve been blessed enough to get up on campus and meet all of the coaches as well as most of the guys. They treated me like I was family. As if I had been there for 4 years already. Marshall is just a great place to be and I can’t wait to be a part of such a great program.”

“… Lawrence County became home really quick for me. Obviously transferring can be a little scary at first, but everybody was super friendly and made it a very easy process. Not to mention being a part of one the top programs in our area. If I didn’t make the transfer there’s no way I’d be where I am today. When we say “It just means more” it’s true. There’s just something about Lawrence County and I wish everybody could get to experience that feeling.”

“… There wasn’t really a time frame for me personally. I just wanted to make sure I found a place that could feel like a home away from home. No matter how early or late it would come. Luckily Marshall turned out to be just that.”

“… This Summer was definitely a big one for me. It was a lot of hard work getting bigger, faster, and stronger in the weight-room more than anything. This summer also wouldn’t have been what it was without my travel coaches Craig Brumfield and Mark Gessner. They played huge roles in this last summer and I wouldn’t have gotten the exposure I was blessed enough to receive without their assistance. So special shout out to them!”

“…No debate to get back to the Region finals and win out. The region championship last season definitely left a sour taste in our mouths. We as a team have to continue to bust our tails day in and day out to get to where we wanna be this season. Which I have no doubts that my guys will do just that.”

“… There were some other schools but when it came down to it, my top 3 were Marietta, West Virginia State, and then of course Marshall. I plan on going into sports medicine. Also, I forgot to mention how excited I am to team back up with one of my brothers Bryce Blevins. That was another huge thing for me.”