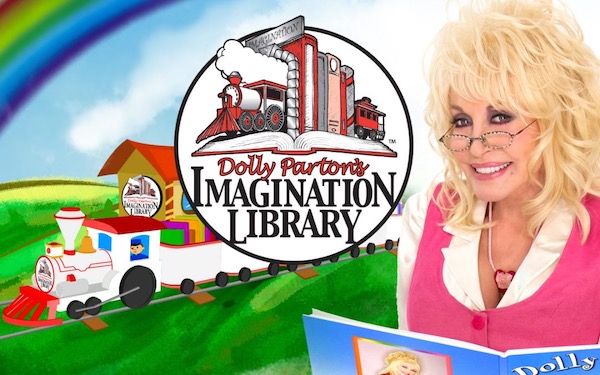 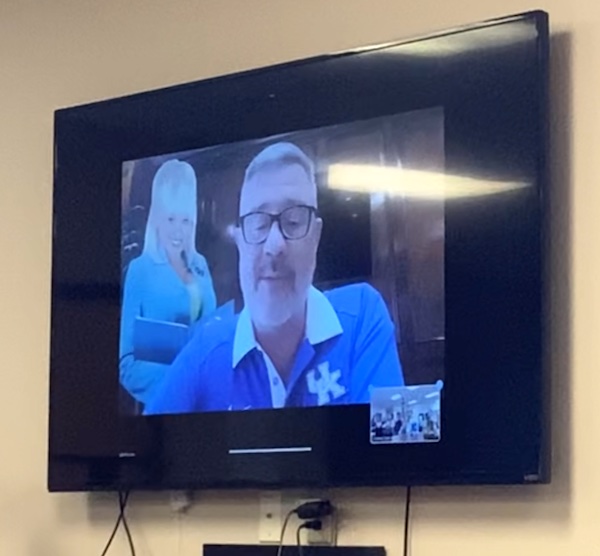 Louisa Rotary President Harold Slone introduced Keith Lyons, Representative from Dolly Parton’s Imagination Library (DPIL) in Kentucky, along with a Dolly Parton cardboard statue at his side. So a cardboard statue on a zoom call was as close to seeing Dolly as the Rotary Club got.

Keith Lyons contracted Covid so he appeared via zoom call today at Rotary Club Meeting in Louisa, Kentucky. Dolly Parton’s Imagination Library is a book gifting program that mails free, high-quality books to children from birth until they begin school, no matter their family’s income. Over 130 million books have found their way to new readers since the Imagination Library began.

Lyons is trying to get all the 120 Kentucky counties to participate in DPIL. When DPIL goes statewide in Kentucky, Dolly Parton will make a visit to Kentucky. In Kentucky 14 counties have not adopted this program. These counties are Lawrence, Elliott, Mason, Montgomery, Powell, Lincoln, Fayetteville, Scott, Anderson, Boone, Breckinridge, Ballard, Carlisle and Hickman. 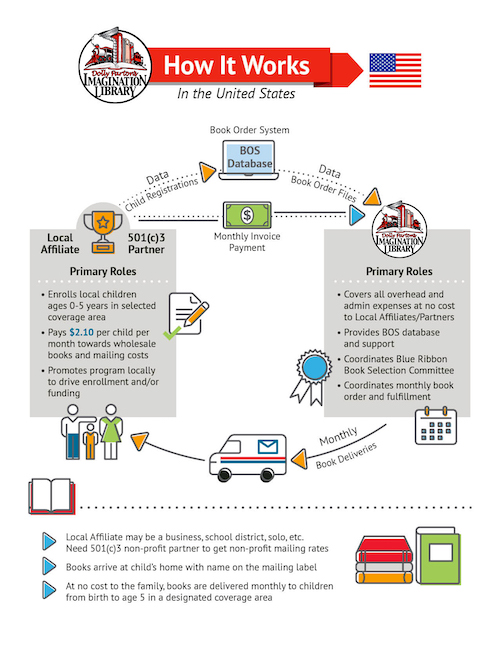 The next Louisa Rotary Club Weekly Meeting is scheduled for September 1, 2022 from 12-1PM at the First Baptist Church in Louisa, Kentucky. Rotarian Brent Westmoreland will be Guest Speaker.

Rotarian Tammy Smith announced the 175th Anniversary for the First United Church in Louisa, Kentucky will be on Septemberfest weekend, Sunday, September 11, 2022 at 10:30AM. 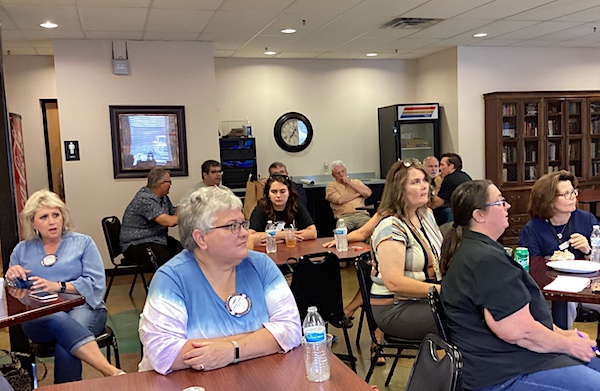