RUTH KELLY: A ‘Whoopin’ for Salvation 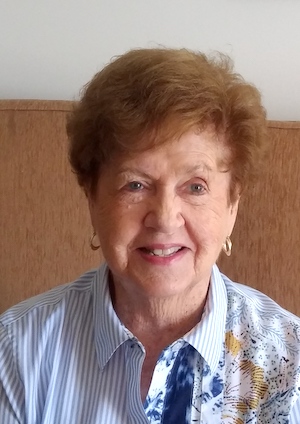 In the late 1930’s and early 40’s, Felix and Rilda Skaggs had 7 grandchildren who would often stop by to “help out”.  The 3 older boys would help Pa in the garden and 4 younger would be “step and fetch its” for Ma. 6 of them are gone now with Bill’s passing a few weeks ago.  I am the remaining grandchild of that time, and the memories flood my heart and mind.  Please allow me to share one with you.

“…Pa leaned the hoe against the shed when Ma called him out of the garden.  She thought we were making fun of the shouter’s in the church where Pa preached.  We weren’t, we were just playing church, but were given no time to explain.

Pa grabbed Les, the eldest of the 4, by the hand and started whooping him. Les danced a circle around Pa while the 3 of us waited our turn.  We knew what was coming, yet we waited.

After each of us had been properly chastised we were told to sit on the porch and think about what we had done. It was decided, after much discussion, that we had sinned and must ask for forgiveness.  The metal glider on the porch made a perfect altar so we gathered round, knelt and “prayed through”.

Now that our rumps had cooled, and our sin was forgiven, we felt blessed. So it was that we began to plan how each of us would shout in joy and praise of God. Who of us would run the aisles, who would sit rocking and laughing, which one would fold their arms across their chest and hop like a bird, which one would lift their hand in praise while crying? Assignments made, we began to shout God’s praise all over and around the porch.