SUSPECT SAID HE OPENED OPENED FIRE ON VICTIM IN SELF DEFENSE, BUT SECURITY  VIDEO, WITNESSES SAY THAT IS NOT THE CASE;

SHOOTING VICTIM GETS ARRESTED FOUR DAYS LATER ON VIOLATING EPO WARRANT AND OUT OF STATE FUGITIVE WARRANT; AND NOW IN THE SAME JAIL WITH THE MAN WHO SHOT HIM! 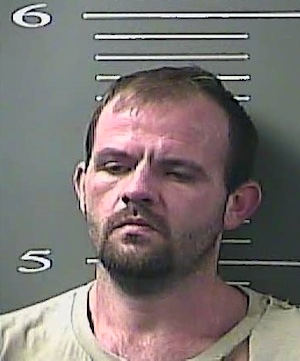 TRIGGER-HAPPY SUSPECT; KENNETH M. MOLLETTE, 30, OF BEAUTY, KY., WAS ARRESTED BY KENTUCKY STATE POLICE ON TUESDAY, AUGUST16; FOR SHOOTING AND INJURING ANOTHER MAN IN MARTIN COUNTY.

A Martin County man was arrested last week on the highest felony assault charge, and he still remains in jail, after state police say he injured another man after shooting him, claiming it was self defense.

According to the press release from the Kentucky State Police Post 9, in Pikeville, Kentucky,  they received a call about a shooting that took place on Tuesday evening August 16 at a home on Route 292 in the Lovely community of Martin County.

KSP trooper Ryan Hale responded to the scene at the home, and he stated in his report that upon his arrival, Kenneth M. Mollette, 30, of Beauty, KY., who was identified in the report as the person who opened with the gunfire, is said to have surrendered without incident to officers.

In his report, trooper Hale reported that Michael Mollette admitted to shooting Jason K. Fields, 37, of Beauty, KY.,in the leg, in an act of alleged self-protection. Michael Mollette allegedly admitted that he shot Jason Fields in the leg, but he did it to protect himself because he believed Fields was going to attack him, by his claims to believing that Jason Fields was going to assault him with a four-foot-long iron bar.

However, Michel Mollette then changed his story, it was stated in the KSP report that Micahel Mollette was said to have made claims that Jason Fields was over more than 30-feet away at that time, and that he didn’t shoot until Jason Fields dropped the bar and began to try to flee.

However, multiple eye-witnesses allegedly informed state police troopers that Jason Fields didn’t have an iron bar and that he made no threats towards Michael Mollette. Trooper Hale’s report stated that the video surveillance showed Michael Mollette advancing while firing at Jason Fields, who was fleeing.

Jason Fields was shot once in the thigh and was taken afterwards to an area hospital for treatment.

Michael Mollette was then arrested very early Wednesday morning, August 17, by KSP trooper Ryan Hale, and is facing a charge of: 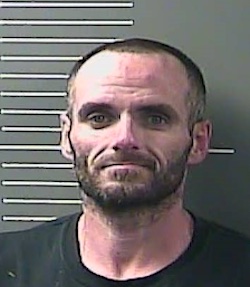 JASON K. FIELDS, 37, OF BEAUTY, KY; WHO WAS THE SHOOTING VICTIM WHO THEN WAS ARRESTED FOUR DAYS LATER ON A PAIR OF UNRELATED CHARGES; AND IS NOW IN THE SAME JAIL WITH THE MAN WHO SHOT HIM!!

Four days later, in an ironic twist, the shooting victim in the case, Jason K Fields, was arrested in the early hours of Saturday morning, August 20, by deputy David Adams, of the Martin County Sheriff Office, on the charges of:

Jason Fields was transported to and lodged in the Big Sandy Regional Detention Center in Paintsville, KY., where he remains as of Monday evening, August 22; at the current same time with the man who shot him last week, Michael Mollette.