Louisa, Ky. — Lawrence Co. High School Volleyball is off to a 1-1 start after a home win over Magoffin Co. and a road loss versus Raceland. 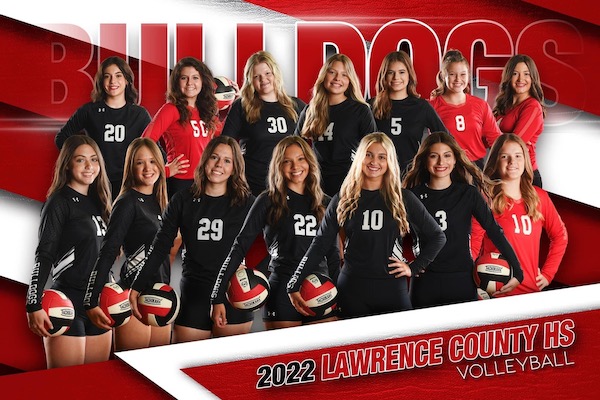 On Tuesday Lawrence Co. traveled to Raceland and fell 3-1.

The VolleyDawgs will return to action on Tuesday with a home contest versus Martin Co. a road game at Piarist School before hosting the Bulldog Bash on Saturday featuring the Bulldogs, Martin Co., Fairview and Greenup Co.

“… I am really excited with what I’ve seen this past week. We had a great start against Magoffin. Although we had a loss against Raceland, we did see some positives. There are a few little things we need to focus on but I think this group has the drive to work hard and make necessary adjustments to compete. I’m thrilled with what I am seeing and looking forward to where we are going!”